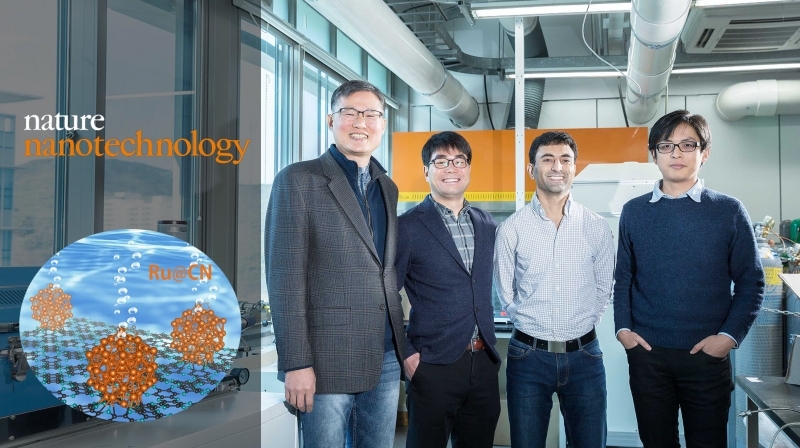 Their findings published in the recent issue of the journal Nature Nanotechnology.

UNIST scientists have developed an exiting new catalyst that can split water into hydrogen almost as good as platinum, but less costly and found frequently on Earth.

As described in the journal Nature Nanotechnology, this ruthenium (Ru)-based material works almost as efficient as platinum and likely shows the highest catalytic performance without being affected by the pH of the water.

The research team, led by Professor Jong-Beom Baek of the Energy and Chemical Engineering at UNIST has synthesized Ru and C₂N, a two-dimensional organic structure, to verify its performance as a water-splitting catalyst. With the aid of this new catalyst, entitled [email protected]₂N it is now possible to efficiently produce hydrogen.

The technology for producing hydrogen from water requires a good catalyst for commercial competitiveness. These water-splitting catalysts must exhibit high hydrogen conversion efficiency and excellent durability, operate well under low-voltage, and should be economical.

The Pt-based catalysts used in the hydrogen generation reaction are highly expensive noble metals, resulting in additional costs and difficulty of mass production. They are also less stable in an alkaline environment.

One solution, many researchers suggest, was to build catalysts made of cheap, non-noble metals. However, because these materials corrode rapidly under acidic condition and operate at very-high voltages, productivity was limited.

A schematic diagram illustrating the preparation of [email protected]₂N is shown in the figure above. (Ruthenium: shown in gold, Carbon: shown in grey , Nitrogen: shown in sky-blue)

The [email protected]₂N, developed by Professor Baek is a high-performance material that satisfies all four commercial competitiveness of water-splitting catalysts.

This material exhibits high turnover frequency (TOF) as high as Pt and can be operated on low-voltage supply. In addition, it is not affected by the pH of the water and can be used in any environment.

The synthesis process of [email protected]₂N is simple. Professor Baek and his colleagues simply mixed the ruthenium salt (RuCl₃) with the monomers which forms the porous two-dimensional organic structure, C₂N. The [email protected]₂N catalyst is then produced after going through reduction and heat treatment processes. 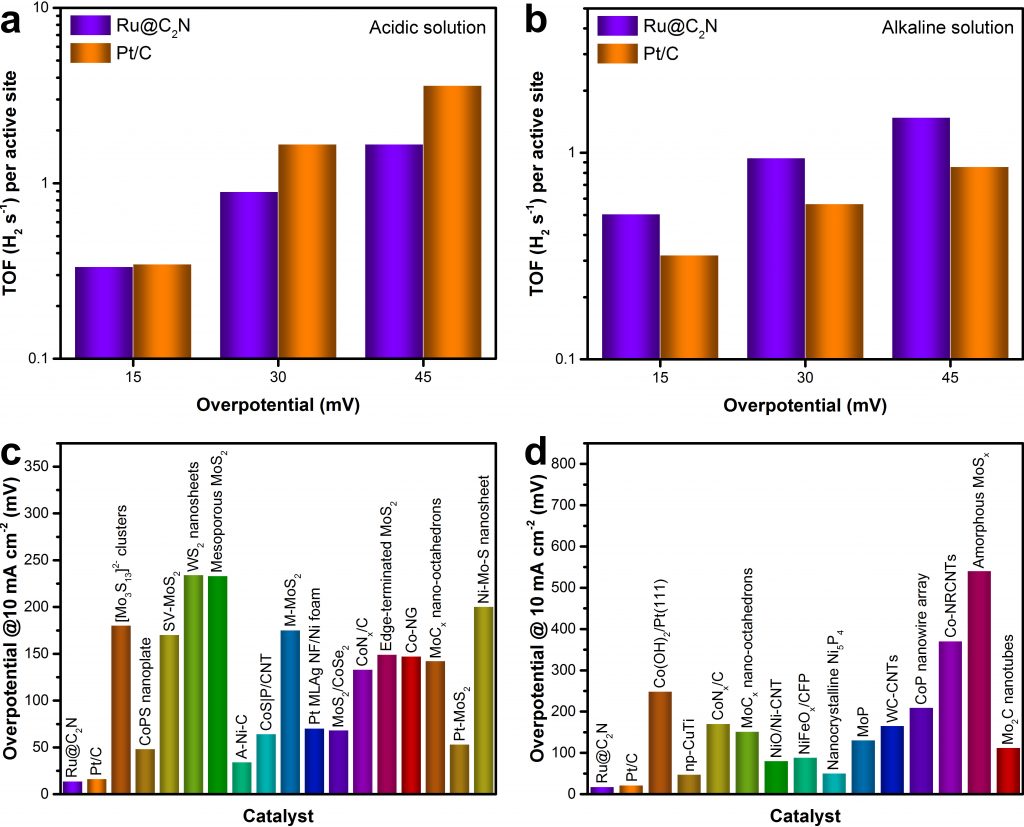 Above figure shows the comparison of the Turnover frequency (TOF) of [email protected]₂N with other catalysts.

“Our study not only suggests new directions in materials science, but also presents a wide range of possibilities from basic to applied science,” says Professor Baek. “This material is expected to attract attention in many areas thanks to its scientific potential.”

This study has been jointly conducted by postdoctoral researchers, Javeed Mahmood and Feng Li of Energy and Chemical Engineering at UNIST. Professor Jong-Beom Baek, Professor Hu Young Jeong of UCRF, and Professor Noejung Park of Natural Science partook as corresponding authors of this study.

The research was supported by the Leader Researcher Support Project (Creative Research) by the Ministry of Science, ICT and Future Planning (MSIP) and the BK 21 Plus Project by the Ministry of Education (MOE) and the National Research Foundation of Korea (NRF).