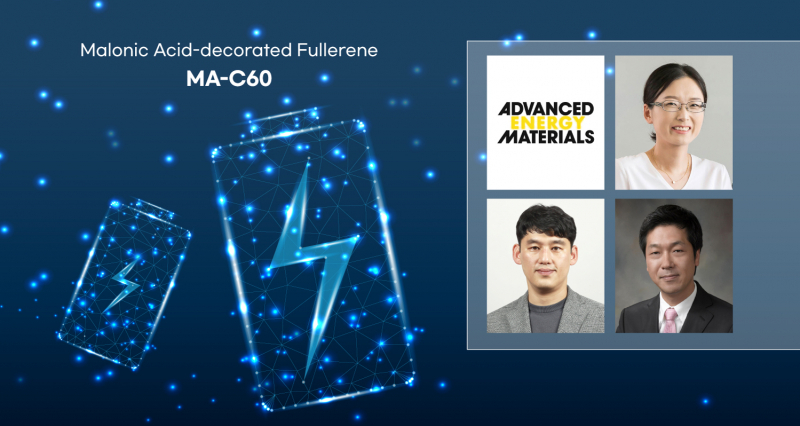 A research team, jointly led by Professor Nam-Soon Choi, Professor Hyun-Kon Song, and Professor Sang Kyu Kwak in the School of Energy and Chemical Engineering at UNIST, has developed an electrolyte additive (MA-C60) to reduce the problematic behaviors induced by water contamination and the ROS generated from Li‐rich cathodes.

Their findings have been published in Advanced Energy Materials on April 6, 2020.

Reactive oxygen species (ROS), which is known to be a main contributor to the aging process, also adversely affects battery performance and life. Indeed, when the ROS is released from the high-capacity electrode materials for lithium-ion batteries (LIBs), it is impossible to achieve optimal performance and long battery life. Taking cues from antioxidant activities throughout the body, a novel technique to solve such issue has been developed.

A research team, jointly led by Professor Nam-Soon Choi, Professor Hyun-Kon Song, and Professor Sang Kyu Kwak in the School of Energy and Chemical Engineering at UNIST, has developed an electrolyte additive (MA-C60) to reduce the problematic behaviors induced by water contamination and the ROS generated from Li‐rich cathodes. The new additive, like antioxidant enzymes in our bodies, reacts with the generated ROS in LIBs, thus preventing batteries from aging. The use of MA‐C60 as an electrolyte additive for high-capacity LIBs allows the battery to provide both long-term and steady power production.

The demand for high-capacity energy storage devices, such as large batteries in EVs, has increased rapidly. To meet this demand, many attempts have been made to increase the storage capacity of LIBs. Although Li-rich cathode materials have been considered as promising candidates for high-energy LIBs, there are several critical challenges to be overcome for the successful utilization of this material. This is because, Li‐rich cathodes suffer from severe voltage decay and continued capacity fading upon repeated cycling. The reactive oxygen species cause electrolyte decomposition and produces water and gases, such as CO and CO2, as depicted in the schematic of Figure 1 (a).

Professor Choi and her team solved this issue by adding malonic acid‐decorated fullerene (MA‐C60) to the existing electrolyte. The researchers found that the addition of even small amounts (1%) of MA‐C60 can prevent electrolyte decomposition. Besides, in the early stage of the battery operation, the MA‐C60 additive reacts with the solvent, which contributes to the formation of protective surface films on the Li‐rich cathode in LIBs.

“Our bodies use antioxidants to prevent or reduce the damage caused by free radicals,” says Professor Song. “This work paves the way for new possibilities in the design of electrolyte additives by eliminating undesirable reactive substances and tuning the interfacial structures of high‐capacity electrodes in LIBs.” 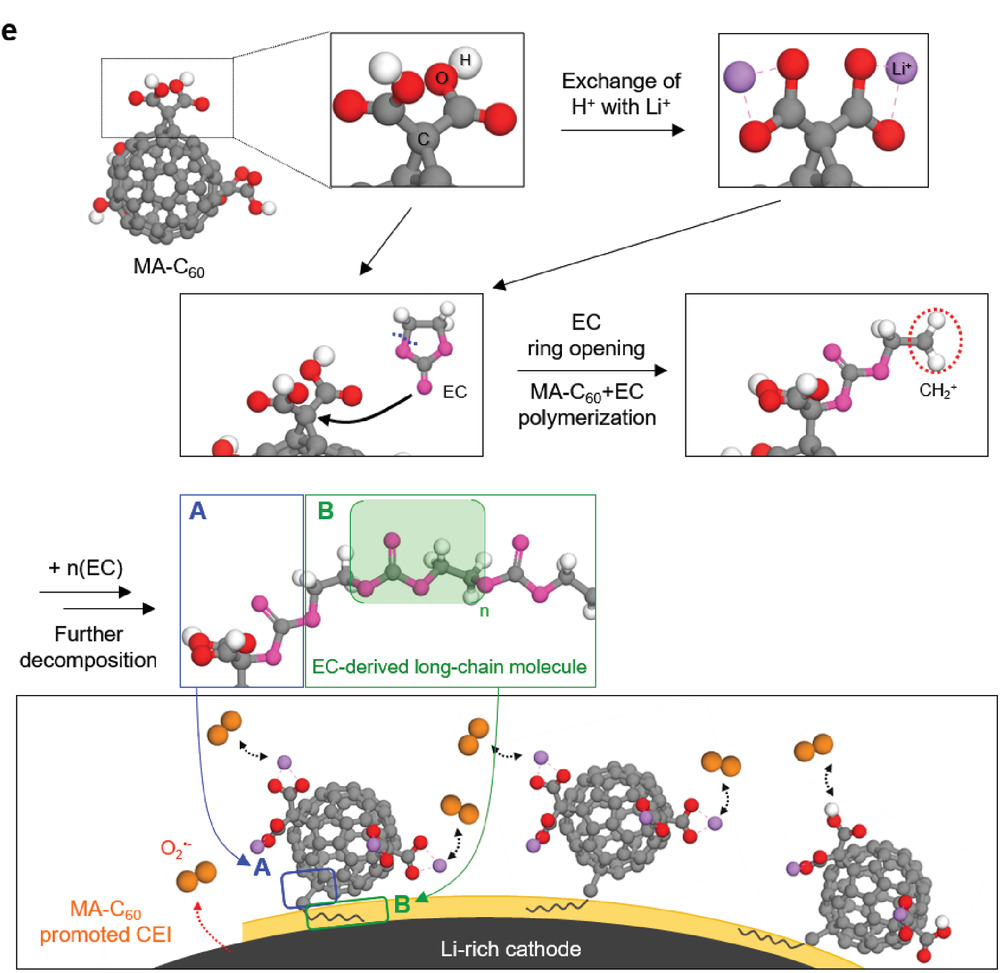 Figure 2. Possible mechanism for the oxidative decomposition of MA‐C60 forming the CEI on the Li‐rich cathode.

According to the research team, MA‐C60 trapped the water molecules via hydrogen bonding or ionic interactions both in its pristine and lithiated states, leading to the suppression of the unwanted hydrolysis reactions of lithium hexafluorophosphate (LiPF6). Trapping of water molecules in a cell blocked the path generating HF, which seriously damages the interfacial structures of electrodes, thereby enabling long‐term stability of interfacial layers of Li‐rich cathodes and SGC anodes. 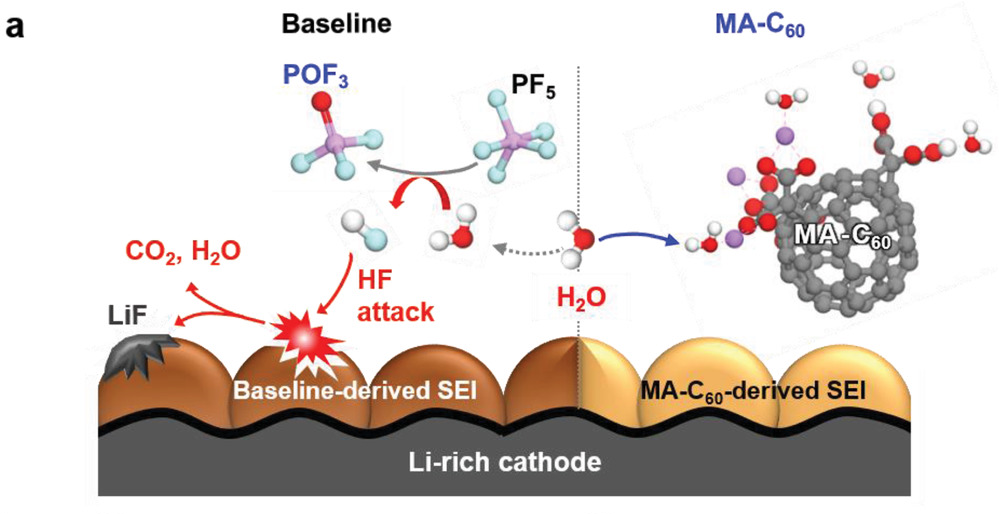 Figure 3. Schematic illustration showing the H2O scavenging effect of the MA‐C60 additive and CEI degradation by the attack of HF at the Li‐rich CEI. 19F NMR spectra of the electrolytes.

“The new electrolyte serves multifunctional purposes, including deactivation of reactive oxygen species from Li‐rich cathodes, trapping of water (trace component)‐producing reactive species, and construction of an interfacial structure favorable for Li‐rich cathodes,” says Professor Choi. “Both performance and lifespan of high‐energy‐density LIBs, can be considerably improved through the use of MA‐C60 as an electrolyte additive.”

The findings of this research have been published in the Advanced Energy Materials on April 6, 2020. Ahead of publication, it has been also featured as the front covoer. The study has been supported through the Samsung Research Funding Program for Future Technologies.