UNIST, in terms of citations, ranked No. 1 in South Korea for the fourth year in a row.

UNIST placed in the 201-250 category in the 2020 edition of the THE World University Rankings.

The research excellence of UNIST has been proven again.

The 2020 rankings, released on the 11th of September, is based on 13 carefully calibrated performance indicators, designed to capture the full range of universities actitivies. Those indicators cover teaching, research, citations, industry income, and international outlook.

The rankings also indicate that UNIST, when measured based on the number of citations a university’s research obtains, has risen to South Korea’s top university and placed in the 201-250 bracket globally. 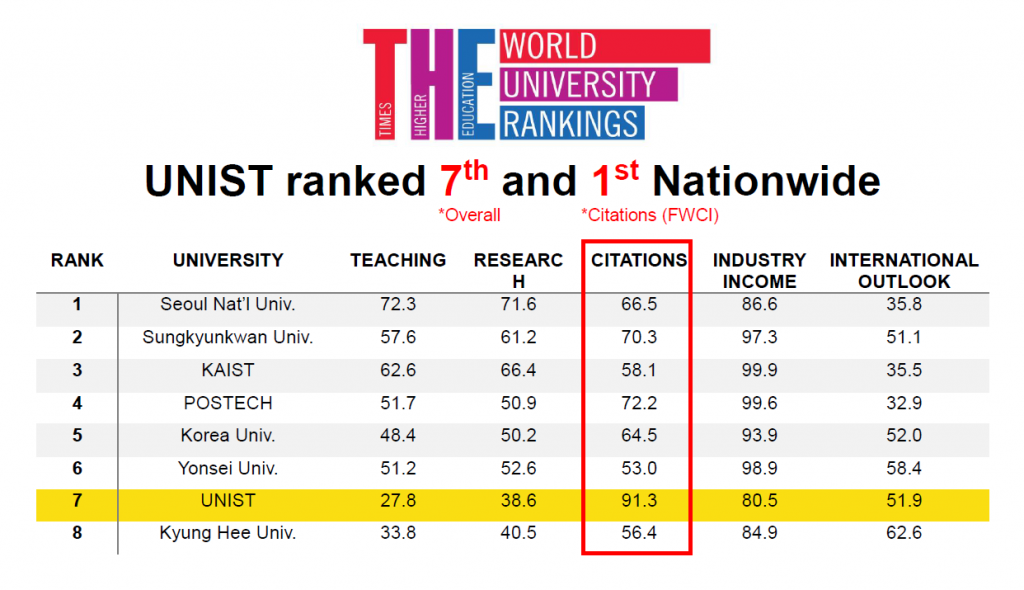