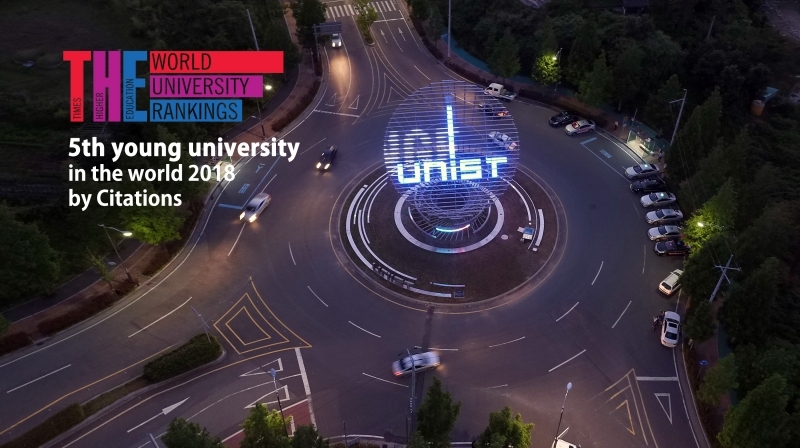 When universities are ranked solely on citation impact, UNIST achieved a ranking of #5 worldwide in the 2018 THE Young University Rankings. Shown above is the new symbolic landmark of UNIST, located in the center of the lower traffic circle of UNIST.

UNIST has been ranked as world's 5th best young university for citations.

Among universities founded in the 21st century, UNIST ranked 6th worldwide and 1st in Asia.

UNIST has been ranked 5th best young universities in the world, according to the latest Times Higher Education Young University Rankings which recognizes the world’s best universities that are 50 years old or younger. The 2018 ranking has expanded to include 250 universities, up from 200 last year.

Placed 24th among 250 institutions, this ranking is based on five key characteristics including research, citations, academic capacity, industry income and international outlook. When universities are ranked solely on citation impact, UNIST scored a total of 95.9 points out of 100, thereby achieving a ranking of #5 in the world. In addition, among the world’s top millennial universities that were founded in the 21st century, UNIST has been ranked as the top university in Asia and 6th place in the world.

The Young University Rankings are part of a suite of THE tables focused on universities that, unlike many of the world’s top-ranked universities, do not have centuries of history or tradition. The latest rankings, released on the 6th of June, use the same 13 performance indicators as the traditional THE World University Rankings. 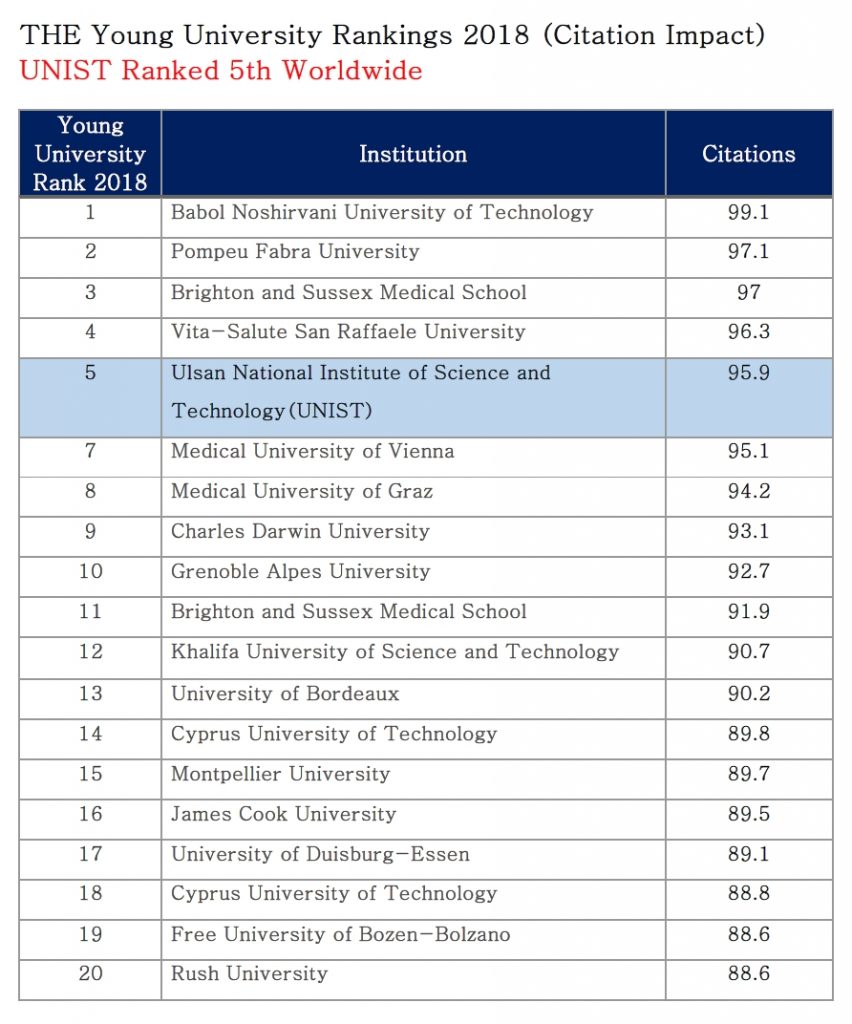 UNIST, which scored an overall mark of 56.4, stands out especially in the indicators of Impact of citations (the extent to which an institution’s publications are referenced by other academics) with 95.9 points (5th position in the world) and Industry Income (knowledge transfer) with 66 points (26th in the world). As shown above, in the three remaining indicators, it obtained a score of 44.9 points in Research (volume, income, and reputation), 47.9 points in International Outlook (staff, students, and research), and 29.8 points in teaching (the learning environment). 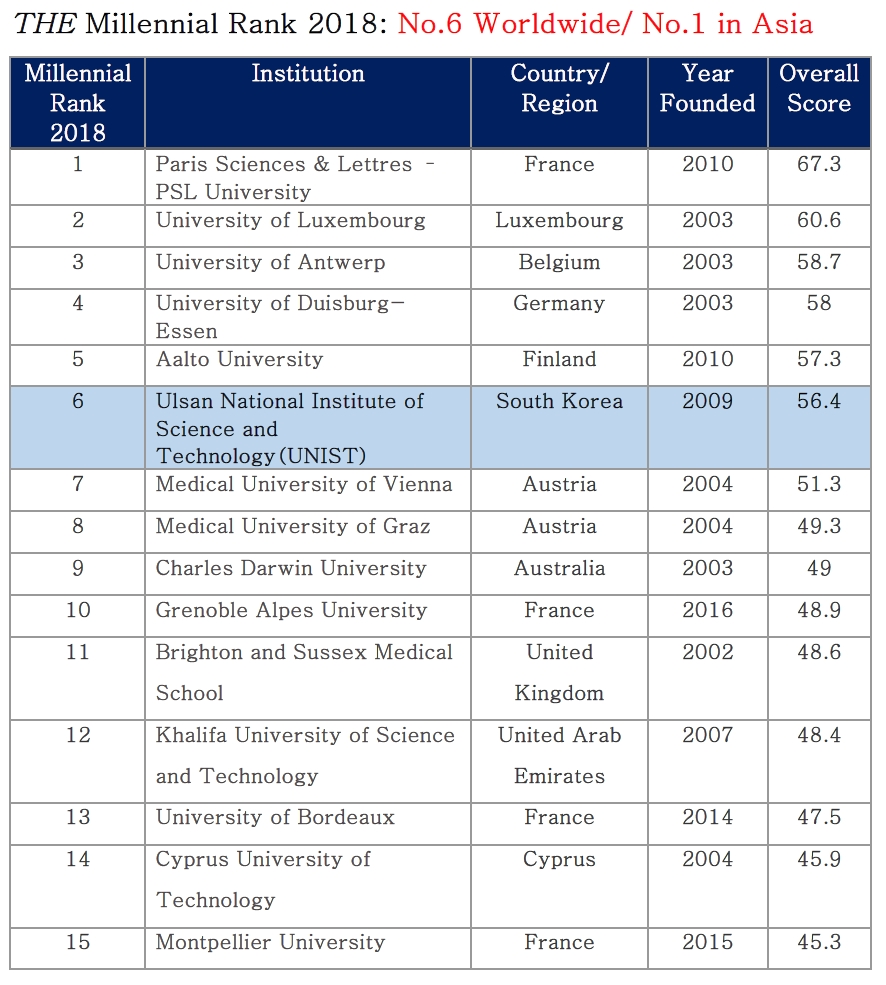 Established in 2009, UNIST is the youngest brand new university in the ranking. Although other institutions in the table have earlier foundation dates, they formed as a result of mergers. UNIST has been also named the world’s top university founded in the 21st century in a new Times Higher Education table.

This table, which was compiled for the second time this year, is a subset of the THE Young University Rankings, which lists the best universities that are 50 years old or younger. In the list of the top Millennial universities, UNIST has been also ranked 6th place in the world and 1st place in Asia.

“UNIST’s strength in research, scholarship, teaching and international stature is reflected in this ranking,” says President Mooyoung Jung of UNIST. “We are delighted that UNIST has achieved such a high global ranking and it is largely due to all the hard work of our faculty, students, and staff.”