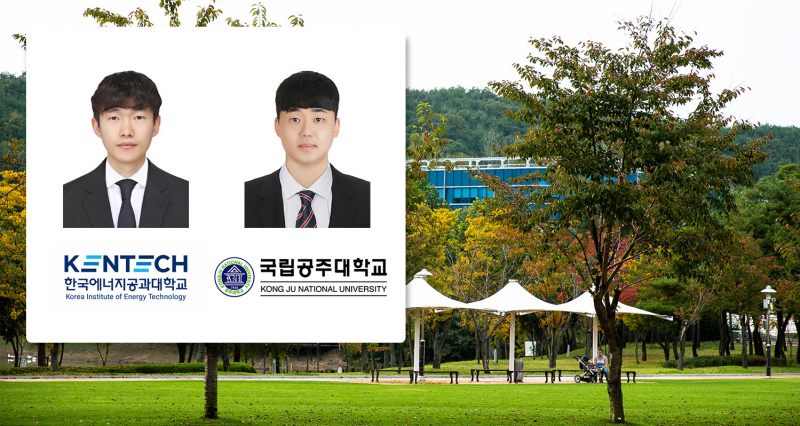 Seungjin Lee and JongHwa Park have been appointed to a faculty position at KENTECH and Kongju Nat'l University, respectively.

UNIST has announced the appointment of two of its alumni as assistant professors at Korea Institute of Energy Technology (KENTECH) and Kongju National University, respectively. Seungjin Lee (Advisor: Professor Myoung Hoon Song) and JongHwa Park (Advisor: Professor Young Rok Choi) are those alumni who recently have been appointed to a faculty position.

Dr. Seungjin Lee obtained his Ph.D. in February 2019 under the mentorship of Professor Myoung Hoon Song in the Department of Mechanical Aerospace and Nuclear Engineering at UNIST. After that, he worked as a postdoctoral scholar at the University of Toronto and is about to begin his new career as an assistant professor at KENTECH, beginning March 2022.

Dr. Lee’s research interests lie primarily in the area of optoelectronic materials and their applications. Among those, his main areas of research include the study of optoelectronic devices based on organic semiconductor/inorganic perovskite quantum dots (QDs). Those materials he studied during his school years at UNIST are expected to be applied to the next generation of flexible and sustainable solar cells, as well as displays for virtual reality and (VR) or holograms.

Dr. JongHwa Park began his career as an assistant professor within the Department of Business Information Education at Kongju National University, as of September 2021. He obtained his Ph.D. under the guidance of Professor Young Rok Choi in the Graduate School of Technology and Innovation Management at UNIST. Dr. Park’s research interests lie primarily in the area of management information systems (MIS). Among those, his main areas of research include the impact of information technology on society, such as the privacy concerns in IoT systems and relevant coping strategies. His most recent research focuses on the behavior of individuals within an organization in virtual worlds, such as metaverse.