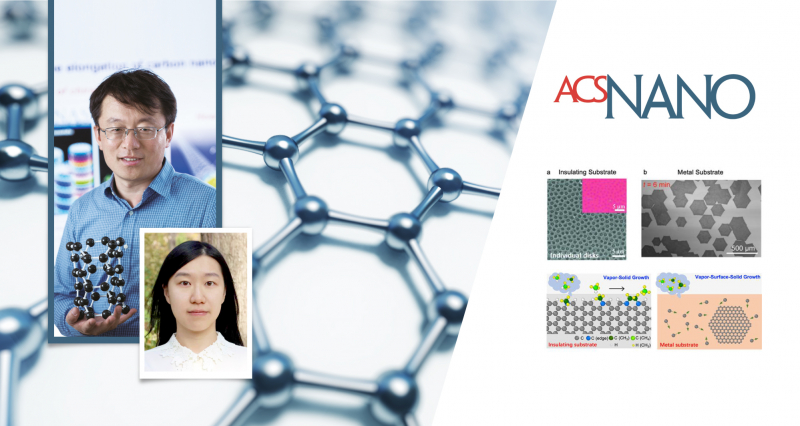 Distinguished Professor Feng Ding and his colleagues from IBS CMCM at UNIST unveiled the mechanism of graphene growth on insulating substrates for the first time. Their findings have been published in the March 2021 issue of ACS Nano.

The work by Distinguished Professor Feng Ding from IBS CMCM at UNIST has been appeared in ACS Nano on March 22, 2021.

Figure 1. Graphene growth on an (left) an insulating substrate and (right) a metal substrate.

The findings of this research have been published in the online version of ACS Nano on March 22, 2021. This work has been jointly participated by Professor Zhongfan Liu and Professor Zhirong Liu (College of Chemistry and Molecular Engineering, Peking University). This study has been supported by the Institute for Basic Science (IBS), South Korea.

Notes for Editors
This press release is made available courtesy of IBS Communications Team.