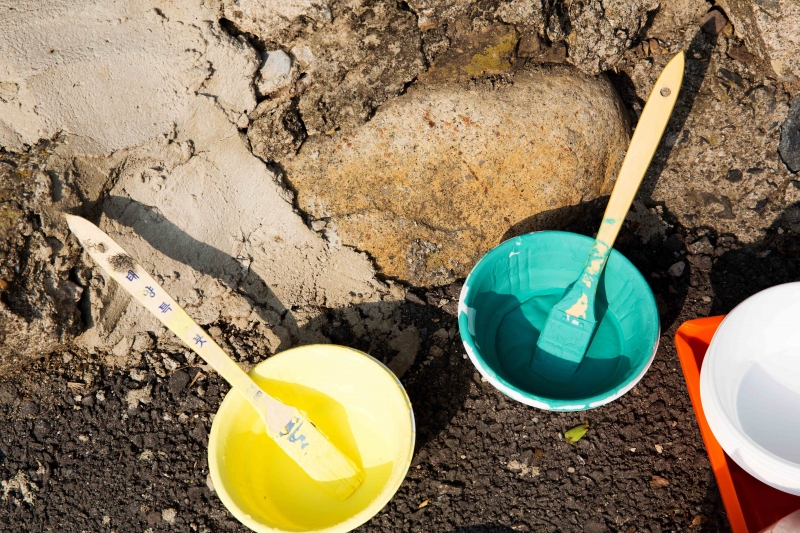 On a sunny May afternoon, a group of UNIST student volunteered their time in a remote area of Ulsan to give an old neighborhood a new lease on life. The UNIST Club Union has been organizing this mural painting project for the third time this year.

GongChon Village, located in Bansong-ri, Eonyang-eup, Ulju-County has never been one of Ulsan’s popular or elite neighborhoods. However, a cheerful and jovial vibe emanating from the brightly colored walls of the village is turnning once a quaint old neighborhood into a tourist attraction. 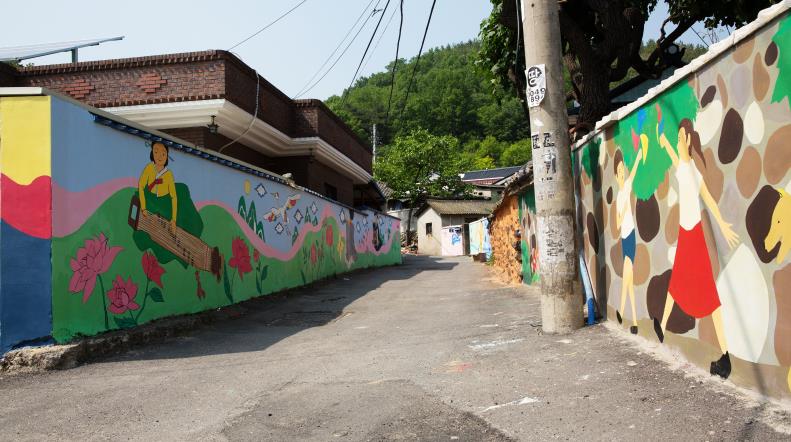 For this year’s project, students from UNIST Club Union, as well as GRAPHOS spent three days in the village producing an outdoor mural with beautiful moutains, flowers, and messages, using the walls of the old houses as canvas. As the day arrived, approximately 52 UNIST students made their way to the village with big smiles on their faces and painting supplies. 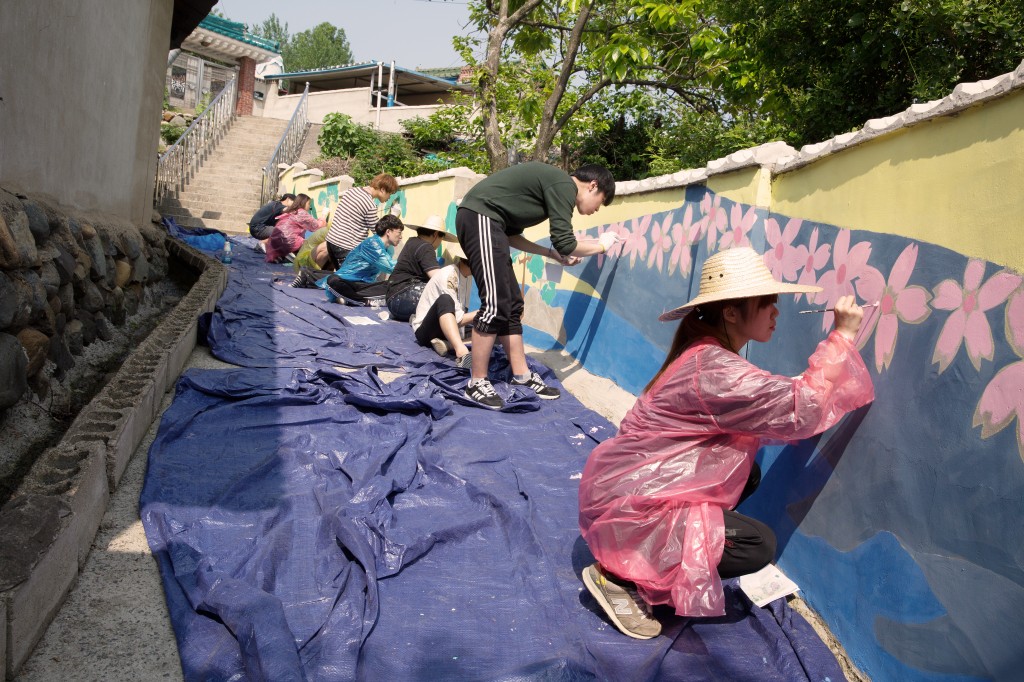 UNIST student volenteers having fund in the sun, while producing an outdoor mural with beautiful moutains, flowers, and messages, using the walls of the old houses as canvas.

It all started in 2012 when a group of enthusiastic students from UNIST decided to contribute their creativity in the design of a mural, and painted it on the outside walls of GongChon Village. In the process, these student volunteers also socially connected and engaged with elderly adults.

At the end of the day, the wall mural turned out to be a great success with added cheer and bold colour to persistently sombre environment.

Moreover, feedback from the residents of GongChon Village was exteremly positive but even more so was the response from UNIST student volunteers on what an incredible experience it had been for them. SoonJi Lee, a second-year Life Sciences major at UNIST states, “This was extremely challenging, but at the same time most rewarding project. I am so proud to have a team of people who are committed to making a difference to the community and environment.”

Do Yon Kim (School of Materials Science and Engineering) is painting Japanese apricot flowers on a whale mural.

Seung Jin Park (School of Mechanical and Nuclear Engineering) is posing for a portait, while painting a tree mural at the mural painting project, held on May 15, 2015. 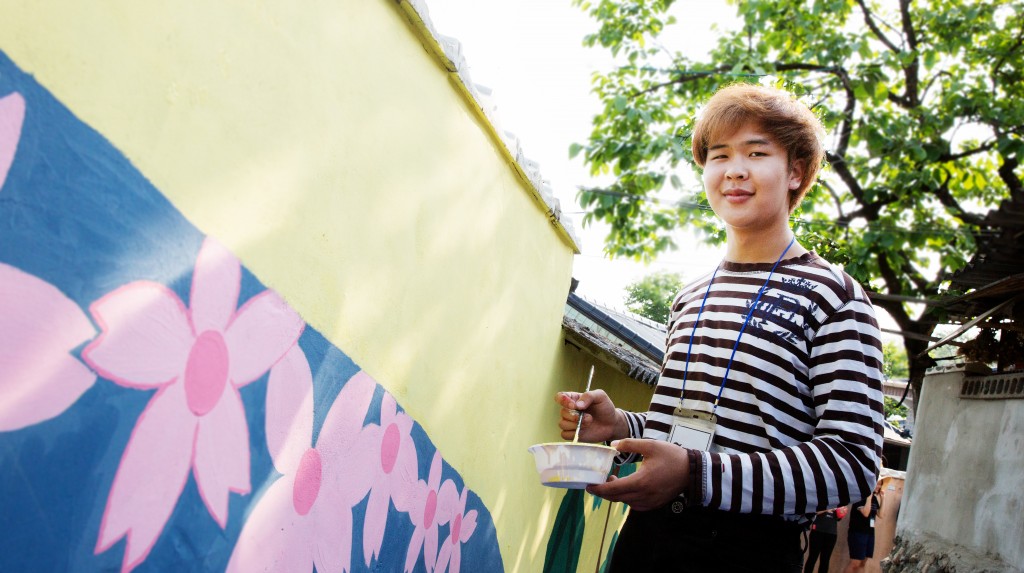 SiHyeong Park (School of Life Sciences) is posing for a portrait in front of the mural he had painted there. As a member of GRAPHOS, he helped design this year’s mural painting project, held on May 15, 2015. 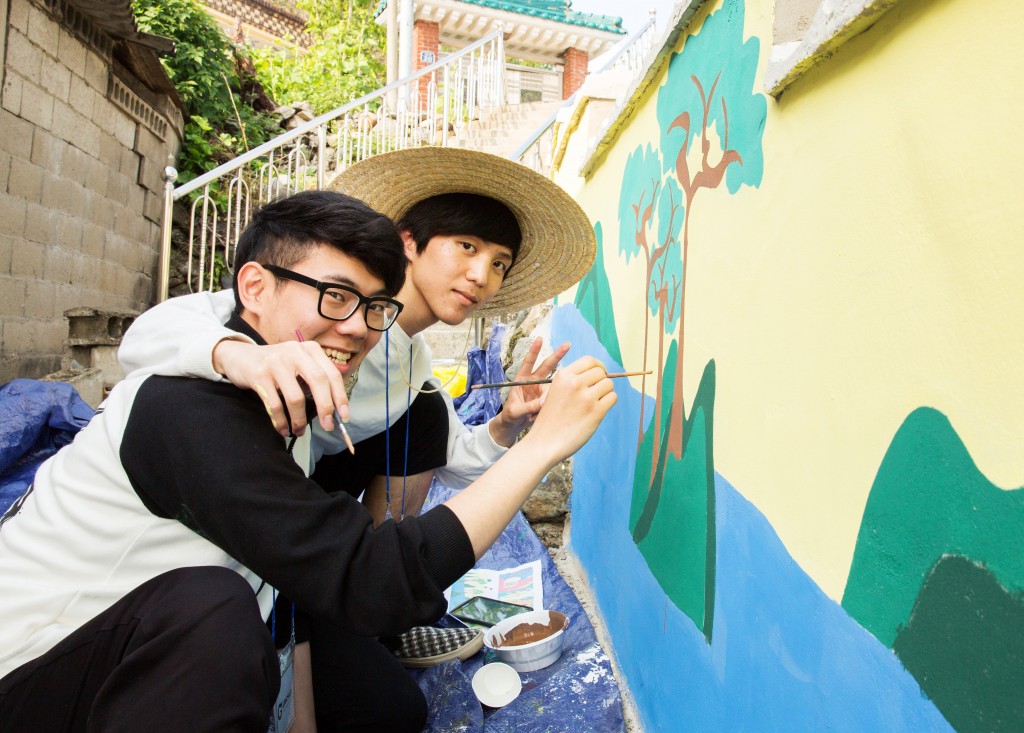 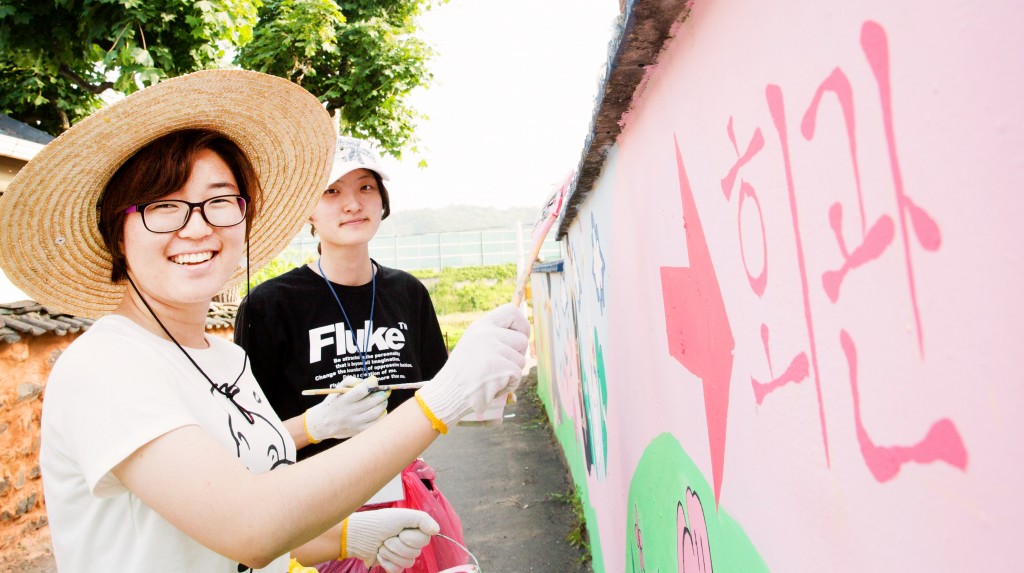 YoungJu Kim (Left) and SangEun Kim (Right), first year students from the Division of General Studies at UNIST are posing for a portrait, while painting a mural with big smiles on their faces. 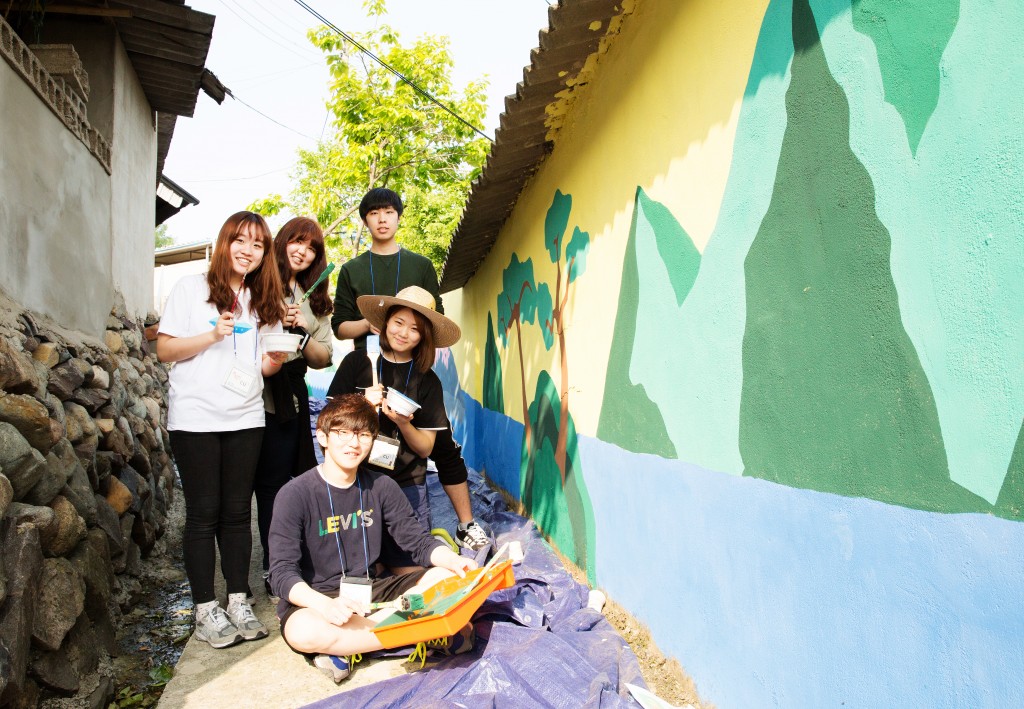 UNIST Club Union Promotion and Support Team is posing for a group photo at the mural painting project on May 15, 2015. The pictire on the far left is SoonJi Lee (School of Life Sciences). 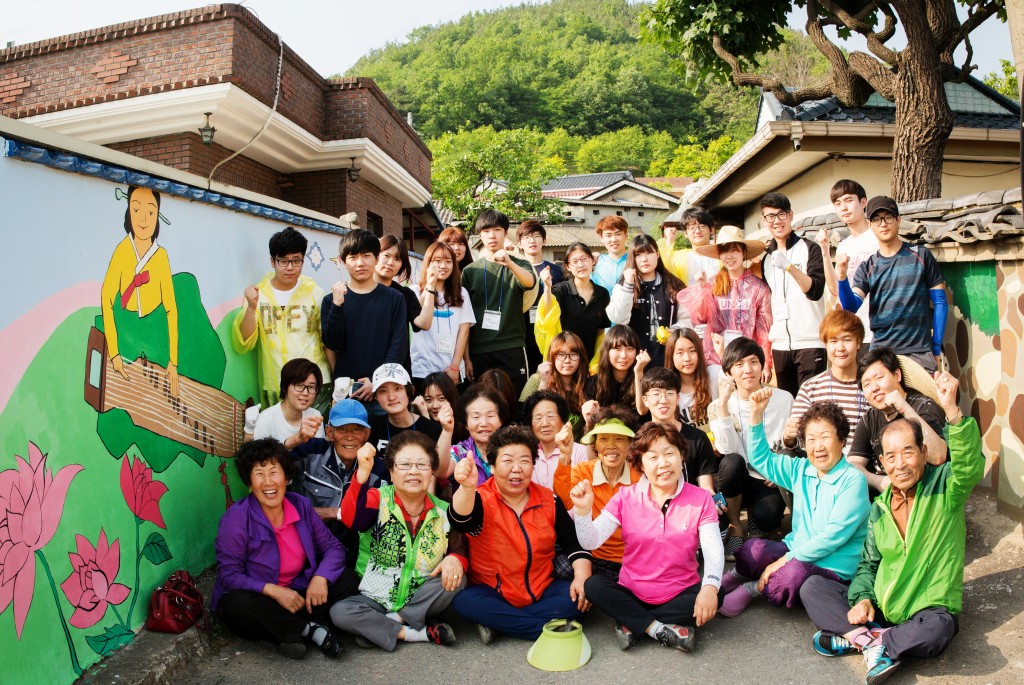 Student volunteers at the mural painting project and the village elders are posing for a group photo at the end of the day.