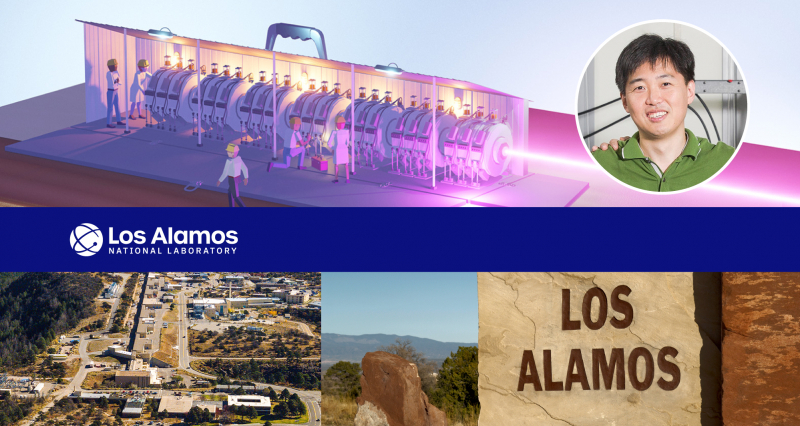 Dr. Dong Sung Kim, 2017 Ph.D. graduate from UNIST, has recently been appointed as a full-time researcher at LANL.

I am thrilled to begin the next chapter of my career with the Los Alamos National Laboratory. I would like to return what I have received throughout my academic years at UNIST.

Dong Sung Kim, a recent graduate from the Department of Physics at UNIST has been appointed as a full-time researcher at the Los Alamos National Laboratory (LANL), one of the largest scientific research sites in the world. His term began in February 2021.

The Los Alamos National Laboratory (LANL) is one of the largest science and technology institutes in the world and it conducts multidisciplinary research in fields such as national security, space exploration, renewable energy, medicine, nanotechnology, and supercomputing. LANL’s primary mission is its national security responsibilities, which include the design, qualification, certification, and assessment of nuclear weapons. Besides, the Los Alamos research site in New Mexico is also known for a place where the world’s first atomic weapons test was conducted, as part of the Manhattan Project.

Dr. Kim first joined the LANL as a postdoctoral researcher in 2017. Since then, he has been working on the development of the Los Alamos Neutron Science Center (LANSCE) particle accelerator within the Accelerators and Electrodynamics (AOT-AE) division.

Besides, he had recently participated in the production of smaller, lower-energy particle accelerators for medical purposes. At that time, Dr. Kim was in charge of research on how to use diamonds to form nanostructures and use them as a source for emitting electron beams. In recognition of his untiring research in these fields, Dr. Kim was appointed as a full-time researcher at LANL.

Dr. Kim obtained his Ph.D. degree in Physics from UNIST (2017), after successfully completing the Combined Master’s-Doctoral Program under the supervision of Professor Eunmi Choi (Department of Physics, UNIST). Through his school years at UNIST, Dr. Kim was involved in research that focused on the development of a remote detection technique that can detect small amounts of radioactive substances from several hundred meters away. This breakthrough was based on the idea that when the wave beam encounters radioactive material, it generates plasma in the material’s vicinity. Based on this, he demonstrated a method with higher sensitivity that uses high-power pulsed electromagnetic-waves to detect a radioactive source. 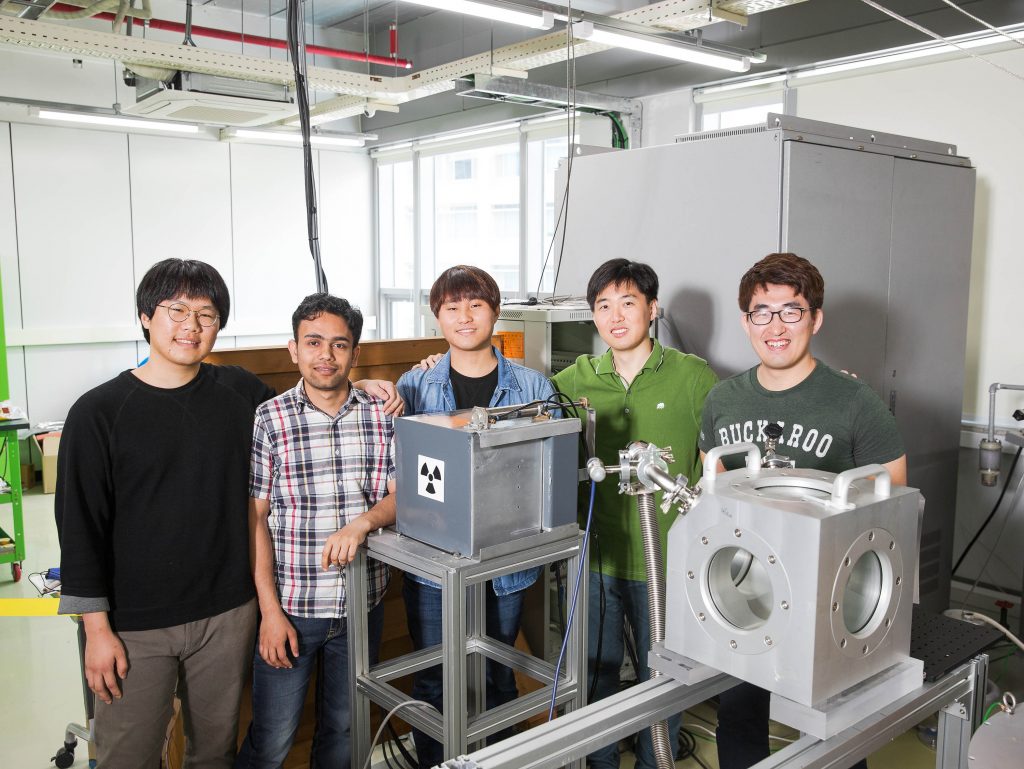 From the left are WonJin Choi, Ashwini Sawant, Mun Seok Choe, Dongsung Kim, and Ingeun Lee who partook in a study on remote detection technology for radioactive substances. On the left is equipment that stores radioactive materials, in which all four sides of the box are made of lead, and on the right side is a plasma-producing vacuum chamber that puts argon gas inside.

This breakthrough is expected to be highly utilized in monitoring terrorist attacks with the use of a radioactive source, as well as identifying abnormal events in nuclear power plants. As a result, it was listed among the ‘National Top 100 R&D Performance’ for 2018. Furthermore, it has also been selected as the ‘2018 National Top 12 R&D Performance.’

“Pursuing a Ph.D. felt like walking in an endless path,” says Dr. Kim. “First and foremost, I would like to express my sincere appreciation and gratitude to my advisor, Professor Eunmi Choi for providing me with the guidance and counsel I need to succeed in the Ph.D. program.”