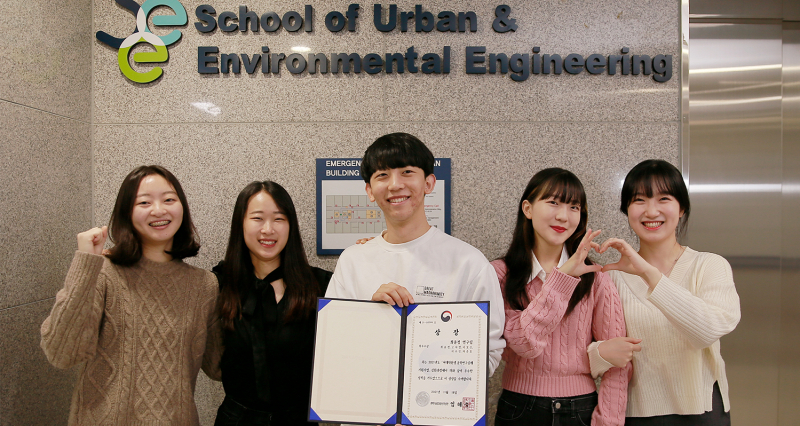 Yun Jeong Choi's research team from the Department of Urban and Environmental Engineering received the Minister's Award of Science and ICT of Korea.

Yun Jeong Choi and her research team from the Dept. of Urban and Envir. Eng. received the Minister's Award of Science and ICT of Korea.

A research team, affiliated with Professor Changsoo Lee’s research lab has recently been selected as a recipient of the Minister of Science and ICT Award. The team has been given this honor in recognition of their outstanding performance at the 2021 ‘Female Engineering Student Research Team Project‘ program, hosted by the Korea Foundation for Women In Science, Engineering and Technology (WISET).

The Female Engineering Student Research Team Project has been promoted to increase the pool of excellent female scientists. It aims to help develop students with strong leadership, communication, and team-building skills through real-world experiences and connections to leaders in industry and academia. This is also a program where a female graduate student in engineering science becomes a team leader, forming a team of 5 graduate students, carrying out a research project in the science and engineering field, and presenting their results. 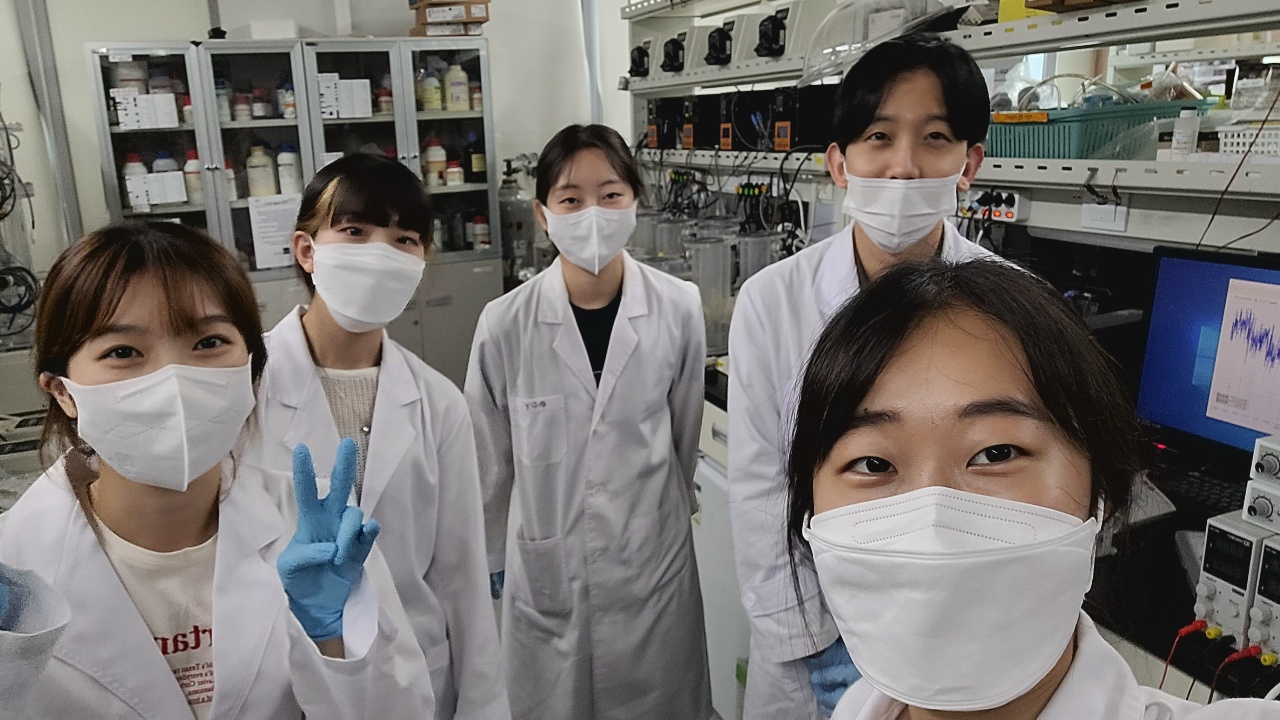 Yun Jeong Choi and her research team from the Department of Urban and Environmental Engineering at UNIST have been working on environmental pollution and related research.

Yun Jeong Choi, a Ph.D. student in the Applied Biotechnology Lab for Environment within the Department of Urban and Environmental Engineering at UNIST, teamed up with Dayoung Ko, Boeun Lee, Suin Lee, and Junho Cha and carried out a research project in the field of civil and environmental engineering.

Yun Jeong Choi and the research team have been working on the study of wastewater treatment and energy recovery, using technologies that combine three fields of biology, electricity, and chemistry. Throughout this project, the team has carried out a study on the “Nafion Membrane Reuse Technology for Microbial Fuel Cells (MFCs).” Their findings were introduced at the Korean Society of Civil Engineers (KSCE), which has marked its 70th anniversary. 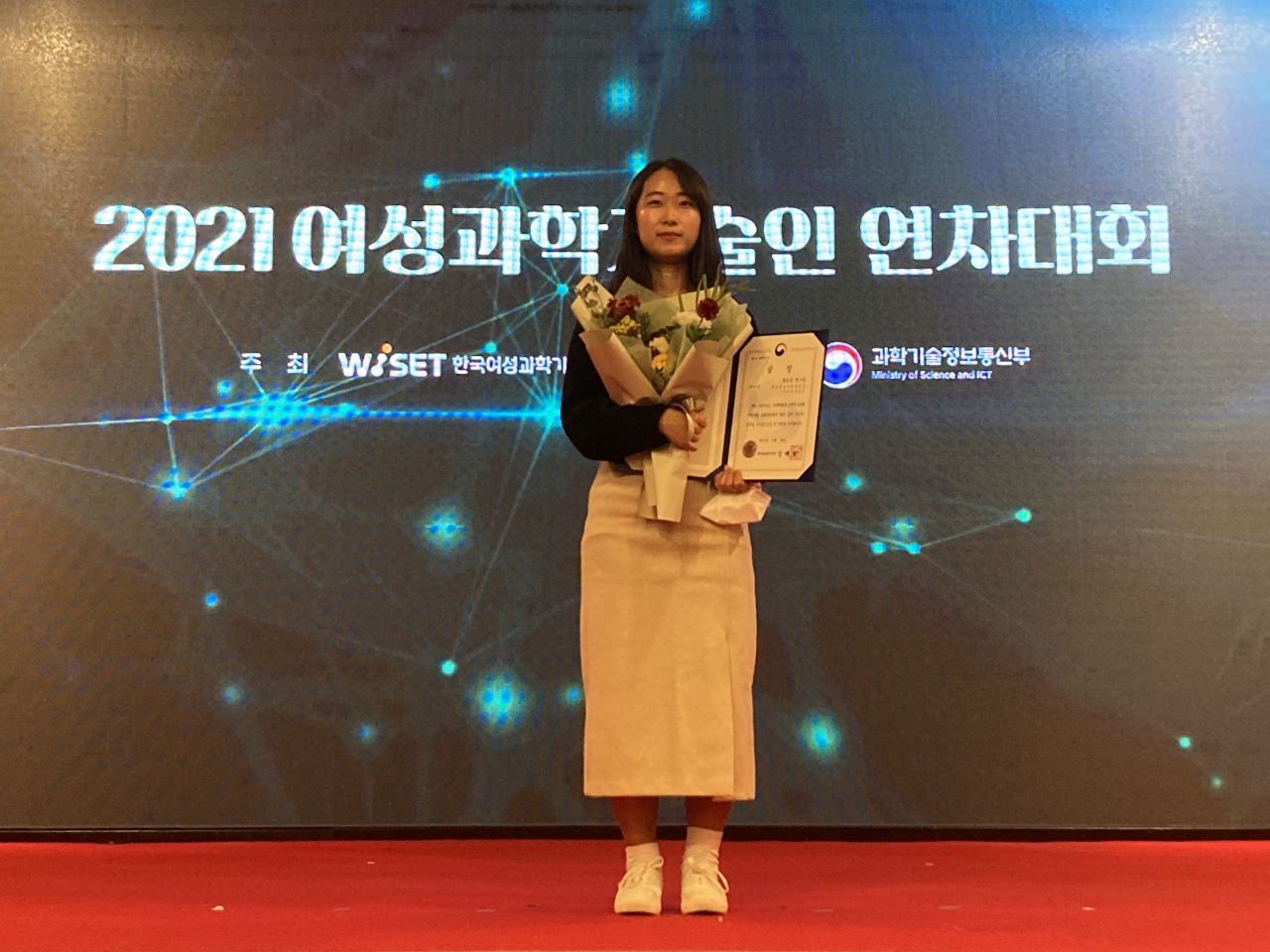 “I would like to thank the following: The Korean Society of Civil Engineers that has given us the opportunity to participate, industry mentors who provided valuable advice to us, team members who followed my lead, as well as the academic advisors that provided assistance and encouragement during this journey.” 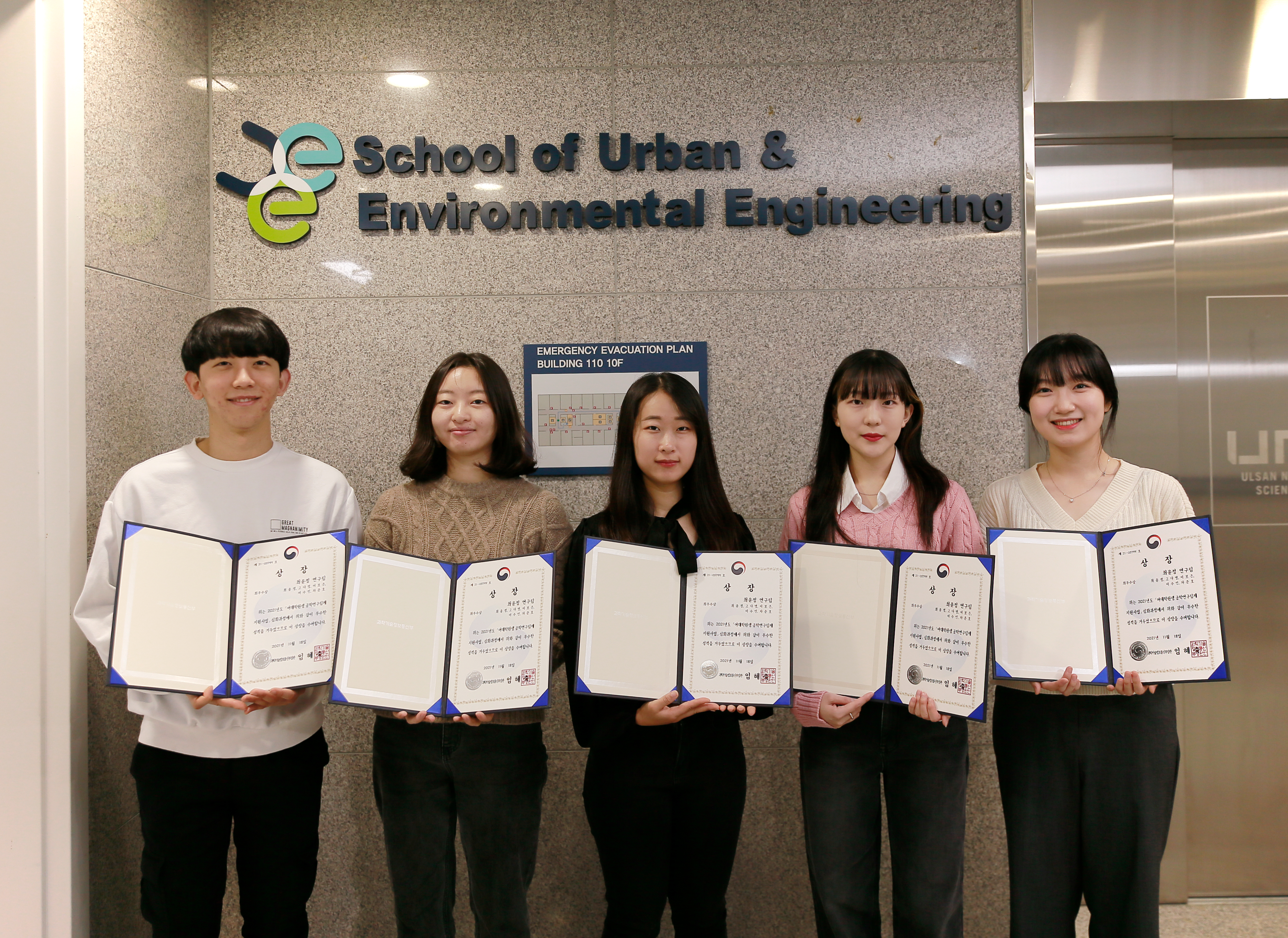 Yun Jeong Choi and her research team from the Department of Urban and Environmental Engineering at UNIST.