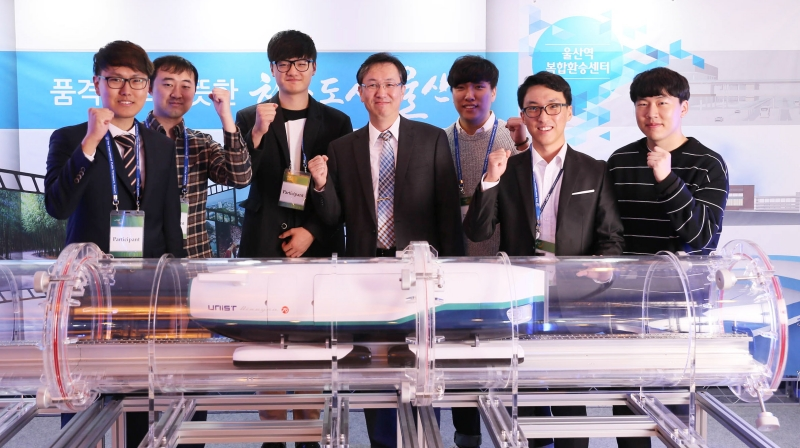 Work by Professor Jaeseon Lee in the School of Mechanical, Aerospace and Nuclear Engineering has been displayed at the 7th International Public Transportation Forum.

Work by Professor Jaeseon Lee's team will be displayed at the 7th International Public Transportation Forum.

A trip between Seoul to Busan in less than 30 minutes will soon be a reality, thanks to ‘U-Loop’, the near-supersonic train similar to Hyperloop, designed by a team of researchers at UNIST.

U-Loop is new transportation system, powered by magnetic attraction that would move at nearly 1,000 km per hour. A prototype of this new transport capsule has been displayed and tested first at the 7th International Public Transportation Forum on Thursday, October 26, 2017.

Professor Jaeseon Lee’s team in the School of Mechanical, Aerospace and Nuclear Engineering has successfully deployed the key concepts of Elon Musk’s superfast ‘Hyperloop’ transit system, such as massive vacuum tube, magnetic levitation, and linear electric motor, in a small-scale demonstration environment. It is still in the prototype stage, but the research team has successfully demonstrated its potentials at the exhibition.

The new prototype of U-Loop, designed by UNIST research team.

The new prototype model maintains the vacuum in the tube at the actual driving condition of 1/1000 atmospheric pressure in order to reduce the air resistance. In addition, permanent magnets are used for magnetic levitation and for propulsion, linear induction motors are used instead of general rotating motors. Models that have been produced so far will be used for promoting the hyperloop technology and will continue to carry out research and development to improve its performance.

The goal was to secure core core technology of hyper loop through fusion research of mechanical engineering, electricity, communication, and design. This research is currently underway in cooperation with Korea Railroad Research Institute and Korea Institute of Machinery & Materials. 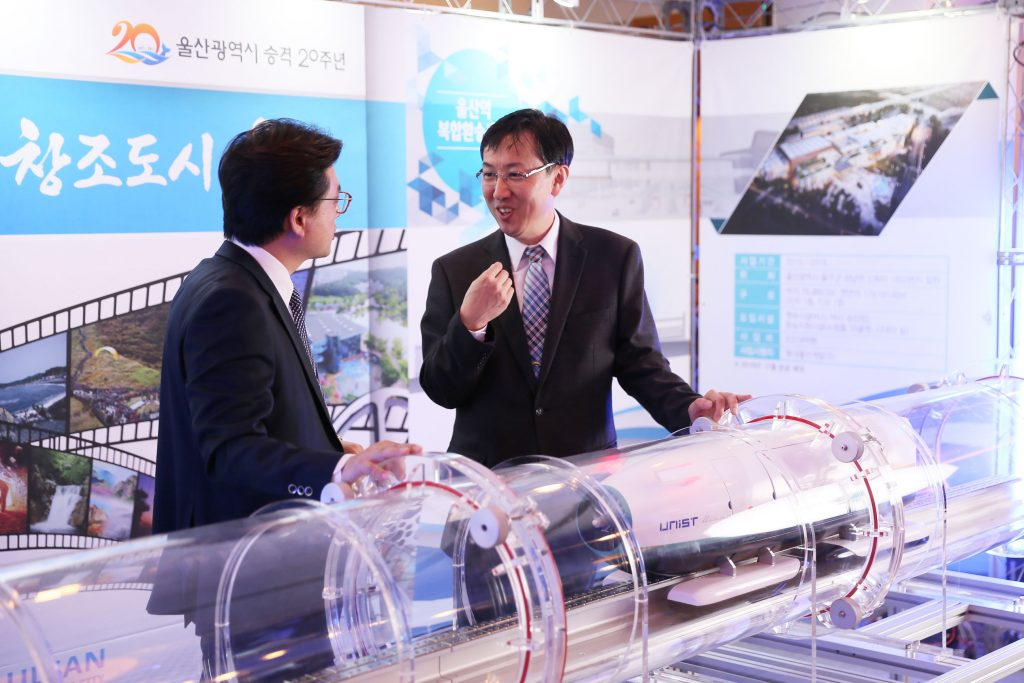 Professor Jaeseon Lee in the School of Mechanical, Aerospace and Nuclear Engineering explains the key concepts of U-Loop.

Technology to be developed later on in the future must consider using either superconducting magnets or regular electromagnets for the precise control of the levitation. The team expects to use linear induction motors to propel the train at a high speed.

“Hyperloop is the fruition of future convergence technology that will revolutionize public transportation,” says Professor Lee, leading the U-Loop project.

Co-organized by the Korean Ministry of Land, Infrastructure and Transport (MOLIT) and the City of Ulsan, the forum is based upon the theme of “Public Transport Technology in Preparation for the 4th Industrial Revolution”. 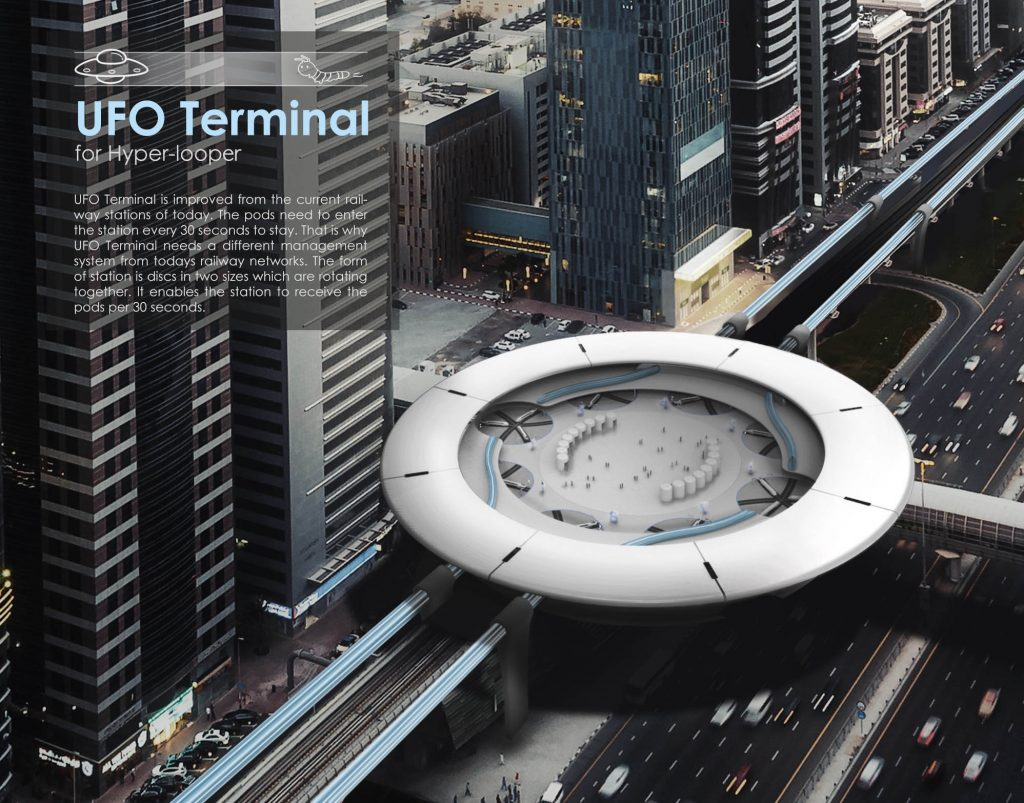 The Hyperloop station layout design for U-Loop by Professor YeonWoo Jung in the Graduate School of Creative Design Engineering at UNIST.