Dr. Young Jin Sa, 2018 Ph.D. graduate from UNIST, has been appointed as an assistant professor at Kwangwoon University.

Dr. Sa received both his Bachelor of Science degree and doctorate from UNIST. He earned his doctorate in 2018 under the mentorship of Professor Sang Hoon Joo in the School of Energy and Chemical Engineering. This makes Dr. Sa the second graduate that completed both BS and PhD at UNIST in a row to be appointed as a professor, following Dr. Sujeong Baek who is now an assistant professor at Hanbat National University.

Dr. Young Jin Sa has been appointed as a professor in the Department of Chemical Engineering at Kwangwoon University, beginning September 2, 2019.

“I was overjoyed to hear the news, at first,” says Dr. Sa. “But I was a little worried at the same time, as I’ve got a lot on my shoulders now that I have taken on a new role.”

Dr. Sa recognized his talent early, while serving as a mentor and tutor throughout his academic career at UNIST. His experiences as a student—in particular what he learned from his many great teachers over the years, including the great guidance of Professor Joo—drew him to the teaching profession.

“My love of learning and teaching continues to motivate me to become a better educator,” says Dr. Sa. “I am looking forward to teaching and to sharing my own experience and expertise in field of energy conversion research, using high-performance electrochemical catalysts to efficiently produce clean hydrogen fuel.” 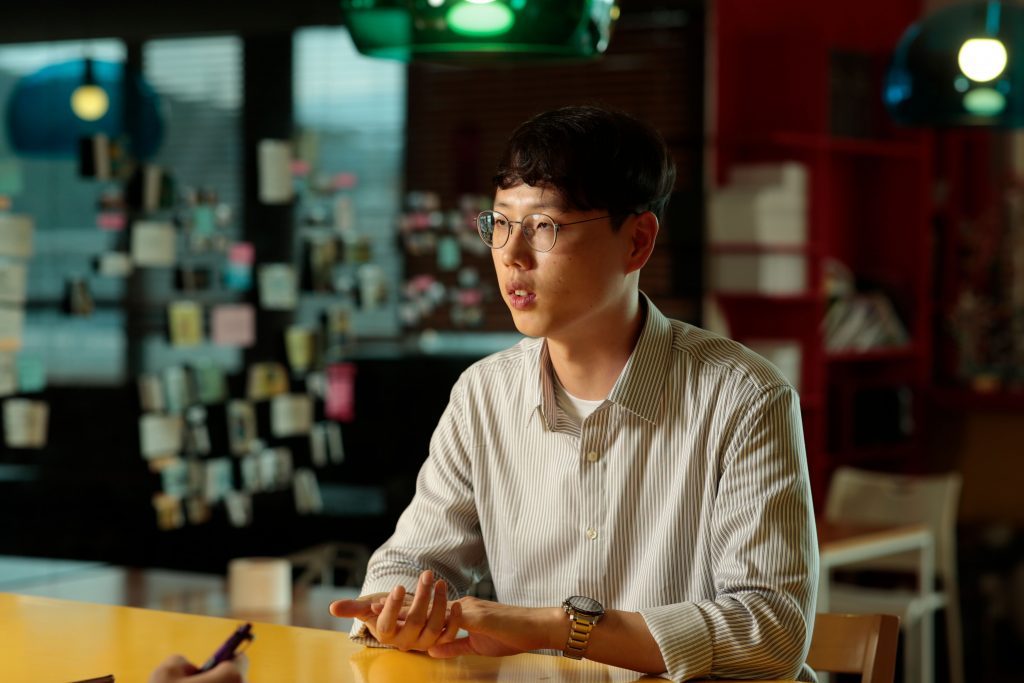 Dr. Young Jin Sa entered UNIST in 2009 and applied for a research position at Professor Joo’s lab at UNIST and that is how he met Professor Joo. Dr. Sa’s research interests lie primarily in the area of energy conversion, including the efficient production and utilization of hydrogen using high-performance electrochemical catalysts. He achieved excellent results under the guidance of Professor Joo.

“Coming to UNIST, which just opened its doors in 2009, was a big adventure, but it has grown rapidly thanks to the hard work and dedication of the staffs and faculty members at UNIST,” says Dr. Sa. “Professor Joo is a great mentor who is willing to teach what he knows and accept the mentee where they currently are in their professional development.” He adds, “Without his guidance, I would never have made it this far.”

Dr. Sa has been awarded with the UNIST Best Research Award at the 2018 Commencement Ceremony. Thus in the January of the following year, he has been awarded Grand Prize in Dissertation of the Year Awards at the 8th S-Oil Best Paper Awards, given by the Korean Academy of Science and Technology (KAST) and S-Oil Science Prodigy and Culture Foundation. 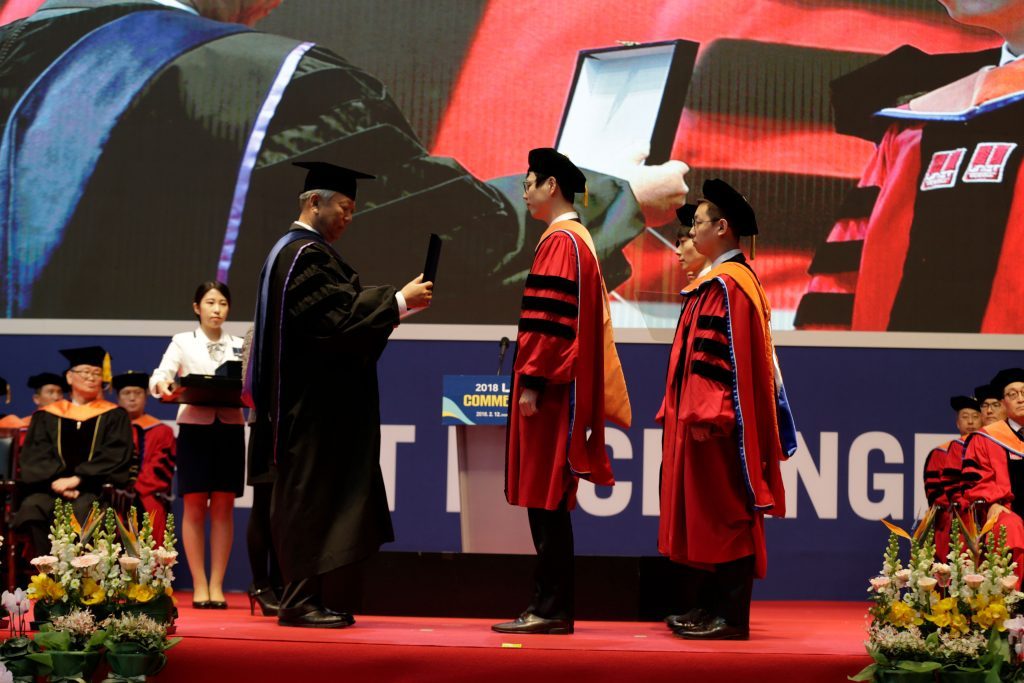 Dr. Young Jin Sa was awarded with the UNIST Best Research Award at the 2018 Commencement Ceremony.

Dr. Sa was appointed as faculty member of Kwangwoon University, less than one year after began serving as a post doctoral researcher at Korea Institute of Science and Technology (KIST). He will continue working on the development of new materials through the study of electrochemistry. In particular, he hopes to come up with a simple and efficient method to produce chemicals that are useful across a wide range of industries.

“Recently, I am particularly interested in making useful substances through the conversion of carbon dioxide,” says Dr. Sa. “I plan to work on practical research and development that can solve the greenhouse gas problem and produce raw materials that can help the industry at the same time.”

He adds, “Without his guidance, I would never have made it this far. I would like to thank Professor Joo once again for teaching me how to be excited about learning while challenging me every day to reach my full potential.”

Dr. Young Jin Sa (right) and his mentor, Professor Sang Hoon Joo (left) in the School of Energy and Chemical Engineering at UNIST. Both scholars have distinguished themselves with inclusion in the ‘Next Generation of Energy Scientists,’ selected by S. Korea’s most prominent research organization.