Held under the theme of "Feces Standard money (fSM)", the festival will be held on the 17th and 18th of May, 2019. It will feature various music performances, along with a flea market.

Science Walden will be holding a special festival, comprising a flea market with live music performances, under the theme of “Feces Standard money (fSM)”. The festival will take place on Friday, May 17th and Saturday, May 18th, 2019.

The primary purpose of this festival is to help promote their new smartphone application, called ‘fSM_ggool’. With the installation of ‘fSM_ggool’, users can collect ggool (alternative currency, meaning ‘honey’), then use their virtual wallets to pay for goods and services during the event. The festival is scheduled to be held in conjunction with an upcoming ceremony to commemorate UNIST’s 10th opening and 12th establishment, thus will be a great opportunity to let more people know about “Feces Standard money (fSM)”.

Feces Standard money (fSM) an important theme pursued by the Science Walden Center. Through this alternative currency system, one can convert human feces into biogas, use that energy as a fuel for heating, and even receive a cash refund for that energy produced. The currency unit used here is ggool. Science Walden team has recently introduced their new smartphone application, called ‘fSM_ggool’. Upon installation, users will receive 10 ggools per day and will have an opportunity to use alternative currency over the course of the event. 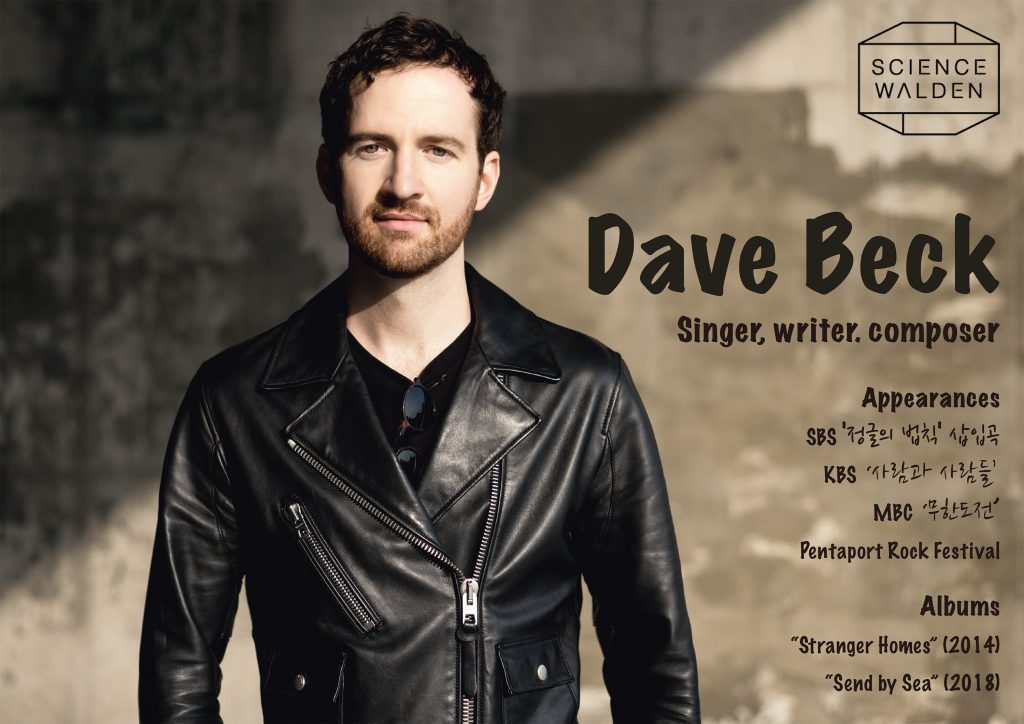 There will be also an ‘fSM Experience concert’, held in Science Cabin 125 from 4pm on Friday, May 17, 2019. Held under the theme “Flowing GGool”, this concert will be headlined by Dave Beck, an American singer songwriter. Originally from Iowa, Dave Beck moved to Korea in 2013 after years of living and performing in New York City. In Korea, he is known in part for his appearance on the popular Korean TV show <Infinite Challenge>, which was filmed while he was working as a barista at Think Coffee in New York City. He also appeared on KBS documentary show <People and Peoples>, which offers an intimate look into his music life in Korea. He has spent the last few years in Korea, cultivating the themes and melodies for his new songs. In 2014, he re-released his critically acclaimed, debut album “Stranger Homes” in Korea. And in May 2018, Dave released his second album “Send by Sea“.

There will be other performances by various artists, which include Jaehoon Park, Minsun Kim, Eunyoung Cheon, Poongseung, and CIOI. The audience can also buy coffee and other drinks with their alternative currency ‘ggool‘ while the concert is in progress. 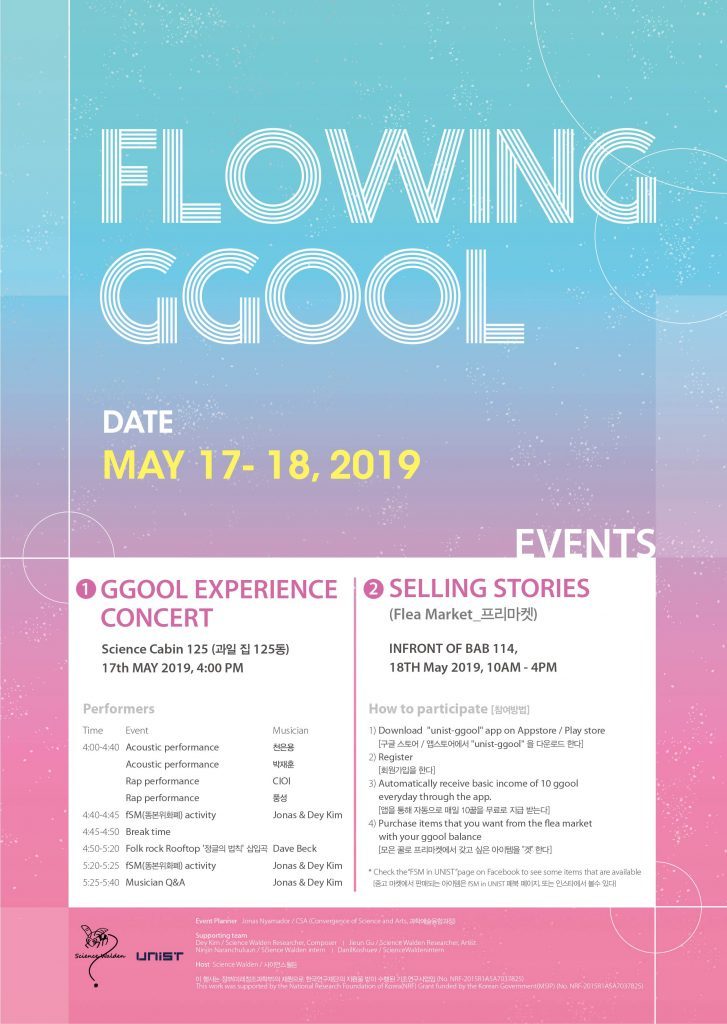 On Saturday from 10am of the following day, a flea market will be held in front of Business Administrations Building (114) of UNIST. This is an event where students can purchase souvenirs and used goods that have been gifted by others.

To participate, download the mobile app “fSm_ggool” from Google Play Store or mobile app stores and proceed to register. Upon registration, users will automatically receive 10 ggools. The accumulated ggool can be used to buy tickets for the concert and pay for goods and drinks during the event. For more details, please check out the “FSM in UNIST” page on Facebook or Instagram.