UNIST Retains Its Position as S. Korea’s No. 1 University for Third Consecutive Year

UNIST has been ranked 68th globally and 1st in South Korea in the 2019 CWTS Leiden Ranking.

This year’s CWTS Leiden Ranking judged the top 963 universities worldwide. These universities are the ones that have produced at least 1,000 Web of Science indexed publications in the period 2014–2017. The CWTS Leiden World Rankings situates its emphasis primarily on scientific merit measured through citation impact and research excellence. The main criterion is the ‘Percentage of a university’s total papers that are in the top 10% most cited’ between 2014 and 2017. 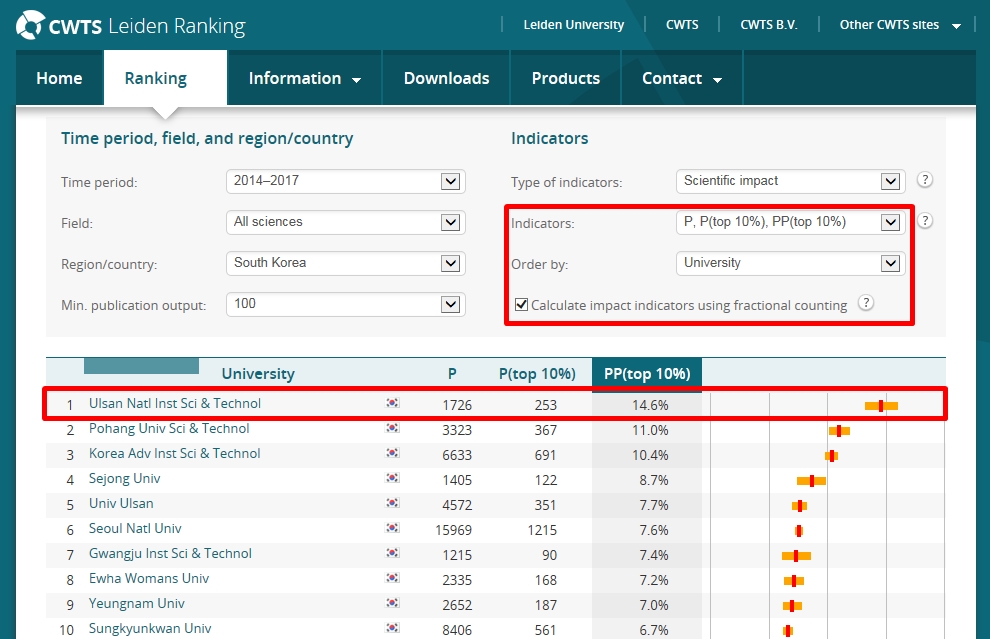 During the period of assessment, UNIST produced a total of 3,440 papers, amounting to a fractional score of 1,726 — the bulk of which was in the physical science and engineering. UNIST published the most highly cited papers relative to its size in the following citation metrics on offer — the top 10% and 1%. About 14.6% of UNIST’s contribution was in the top 10% of highly cited papers, thereby retaining its position as Korea’s top university. This result was based on fractional counting and it was higher than those of POSTECH (11%), KAIST (10.4%), Seoul National Univesity (7.6%), and the University of Ulsan (7.7%).

The ranking also reported that about 1.3% of UNIST’s publications between 2014 and 2017, belong to the top 1% of highly cited papers. This again gives UNIST a reputation of being the No. 1 university in South Korea. 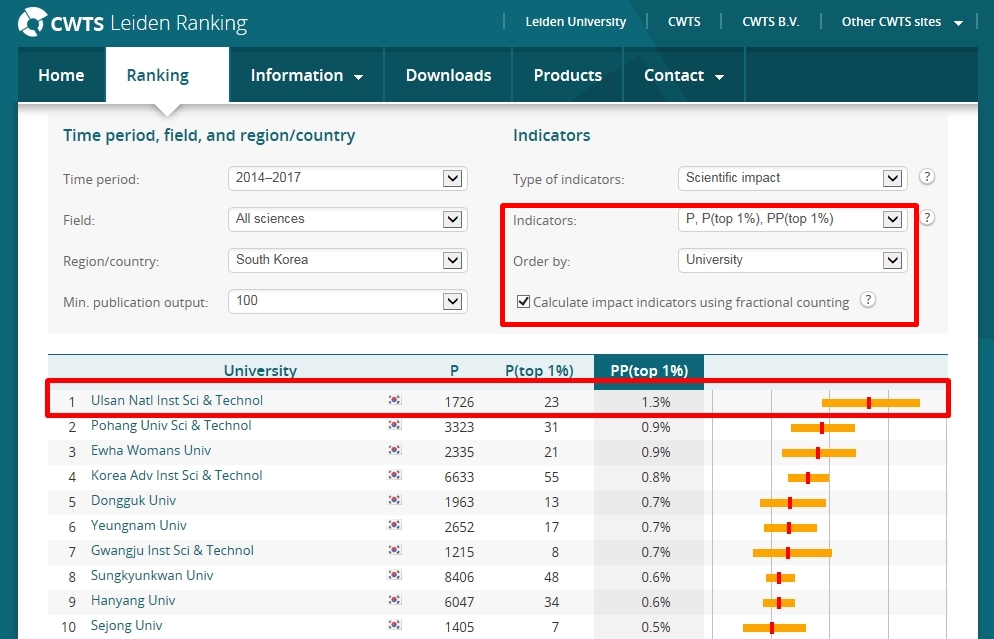 When they calculated impact indicators using fractional counting, UNIST has still remained strong at 68th among the best universities in the world. The five highest-ranked universities overall (based on top 10 % most cited papers) are MIT (24.6%), Princeton University (23.1%), Stanford University (22.6%), Harvard University (21.9), and Caltech (21.7%).