UNIST Researchers Reveal How One Bacterium Inhibits Predators with Poison

Infections caused by Gram-negative bacteria, such as salmonella, pneumococcus, and cholera have continued to be a major problem for patients with compromised immune systems, as well as for premature babies.

A research team, affiliated with UNIST has reported that the bacterium Chromobacterium piscinae produces cyanide, an inhibitory molecule, to defend themselves in the battle against Bdellovibrio bacteriovorus HD100. This breakthrough has been led by Professor Robert J. Mitchell and his team in the School of Life Sciences at UNIST. 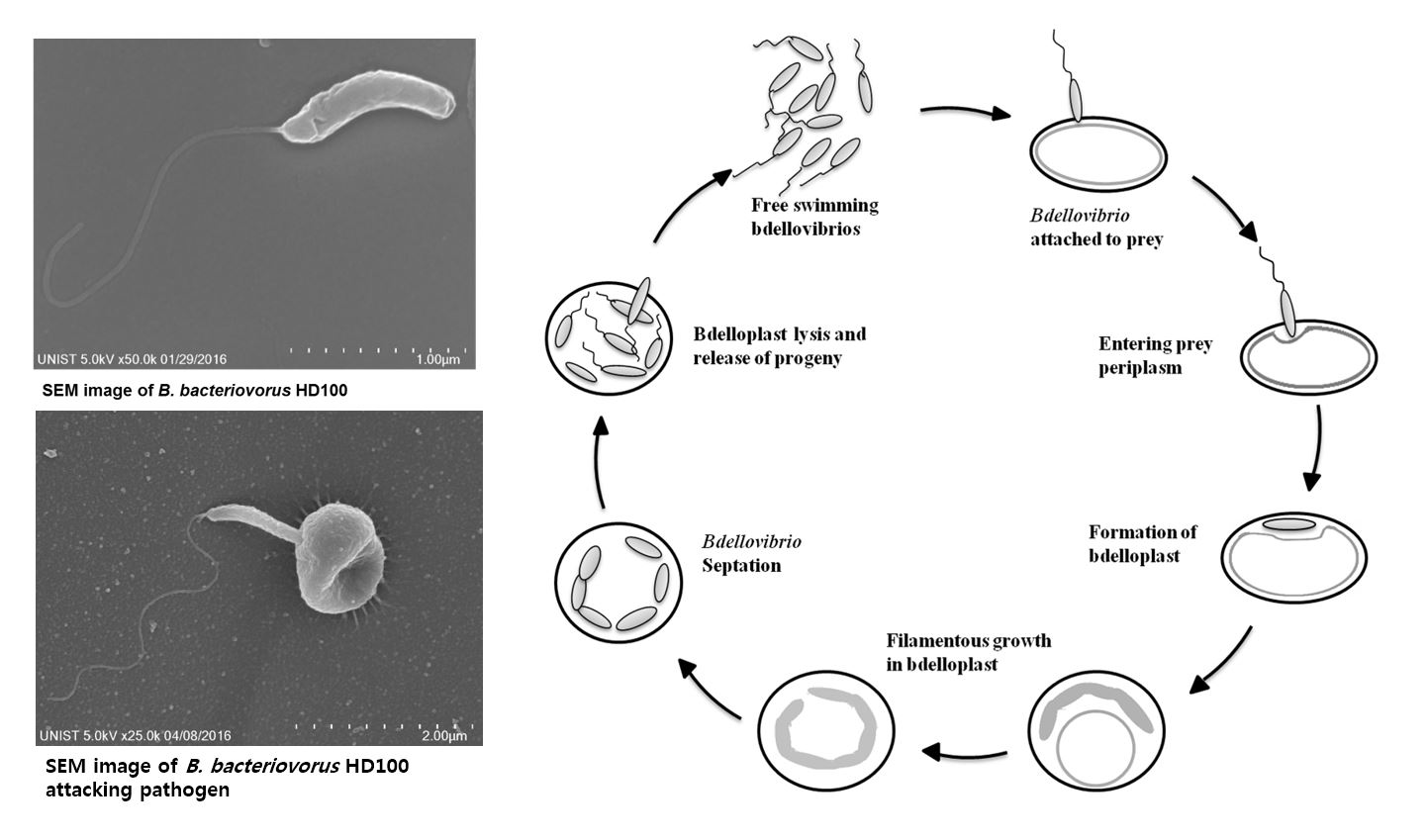 In the study, the research team found that the amount of cyanide produced by C. piscinae was sufficient enough to inhibit predation, but not overtly toxic toward B. bacteriovorus HD100. Their results also showed that C. piscinae produced the protective cyanide when provided nutrients in the form of dilute nutrient broth (DNB). Through a series of experiments, the research team also identified that C. piscinae is preyed upon by B. bacteriovorus HD100 when provided in HEPES buffer but that it was resistant when the tests were performed in DNB.

“Our study suggests microbes may have means for resisting predation that only show up in certain environments,” says Wonsik Mun in the School of Life Sciences, the first author of the study. “This study also suggests that caution should be taken in defining bacterial strains that are susceptible to predation and those that are resistant, as secondary metabolites clearly can play a role.”

To test whether cyanide alone was responsible or whether some other compound also acted as an inhibitor, the research team also performed additional experiments, purging and treatment of the supernatant with Vitamin B12a. Their results confirmed that cyanide is the main, if not sole, inhibitor responsible. Further experiments also showed that Vitamin B12a has detoxifying properties that help with the activation of B. bacteriovorus HD100. In this way, B. bacteriovorus HD100 can avoid these defensive mechanisms and deal with pathogens. 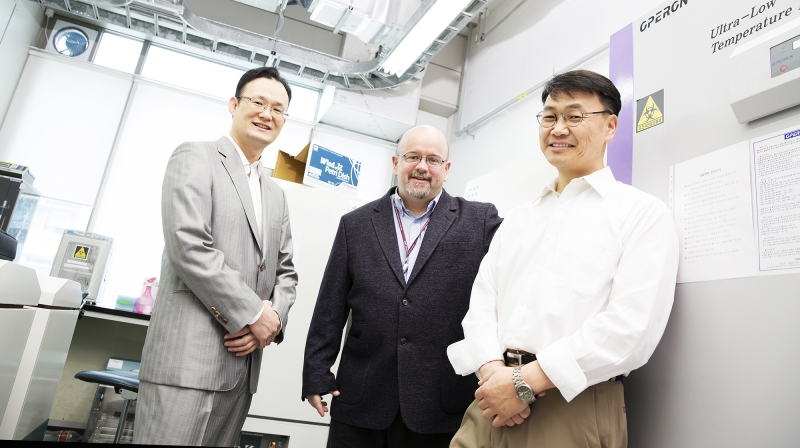 Professor Mitchell (center) and his research team at UNIST are currently working on developing the medical treatment of superbacterial infections, using predatory bacteria. From left are Professor Dougu Nam, Professor Robert J. Mitchell, and Professor Cheol-Min Ghim in the School of Life Sciences.

“Studying such mechanisms may lead scientists to better understand how some pathogenic bacteria protect themselves against antibiotics,” says Professor Mitchell. “To understand how germs may resist treatment, we need to look at the actual conditions in the host.”

The research team now plans to look at how other predatory bacteria respond to cyanide, as well as other factors that can potentially inhibit or negatively impact predatory activity in microbes.

This study has been funded by a grant from the Defense Advanced Research Projects Agency (DARPA), the research and development arm of the U.S. Department of Defense. Besides, since 2015, Professor Mitchell’s team has been funded by DARPA’s Pathogen Predators Program through the U.S Army Research Office (ARO) to develop treatment and prevention approaches against bacteria-associated infections in humans. The findings of this study have been published in December 2017 issue of mBio. Professor Mitchell noted that the findings and opinions of his research team should not be interpreted as representing the official policies, either expressed or implied, of the Army Research Office, DARPA, or the U.S. Government.