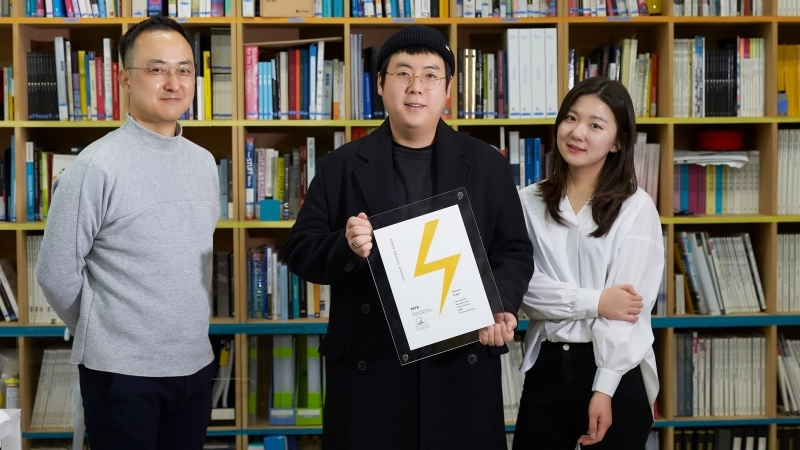 The above are the creators of Zephyr. From left are Professor Chajoong Kim, Kwangmin Cho, Ha-yeon Choi at UNIST.

A total of 6 design teams, including Professor KwanMyung Kim and Professor Yunwoo Jeong, have been recognized at the competition.

People with visual impairment injure their hands even more, as touch is the primary way for them to identify objects around them, from tools with sharp edges to items on hot surfaces. In this regard, we wanted to help them to treat themselves at home.

A UNIST design team, led by Professor Chajoong Kim (School of Design and Human Engineering) has announced that its design concept, entitled ‘Zephyr’ has been awarded prestigious Platinum in the Fall 2018 Spark Awards. The team won the award in recognition of their hard work in proposing a self-care medical device that allows the vision impaired to gain more independence in daily tasks, like applying plasters on the injured area. Its name derives from Zephyros, the Greek god of the west wind from the mythology of Ancient Greece.

People with blindness and visual impairment often have hard time putting a clean dressing without touching the part of it that touches the wound, thus creating an environment that invites a secondary bacterial infection. Professor Kim tackled this issue with a non-touch method for wound care, using Zephyr.

Zephyr is designed to make it easier for the vision impaired to identify and treat the wounds without a great deal of difficulty. The device, which shaped like a rod, is equipped with an air pump on the top and contains sterile bandages, so that people with visual impairment can press it down to identify a wound and put a dressing on it without worrying about secondary bacterial infection. 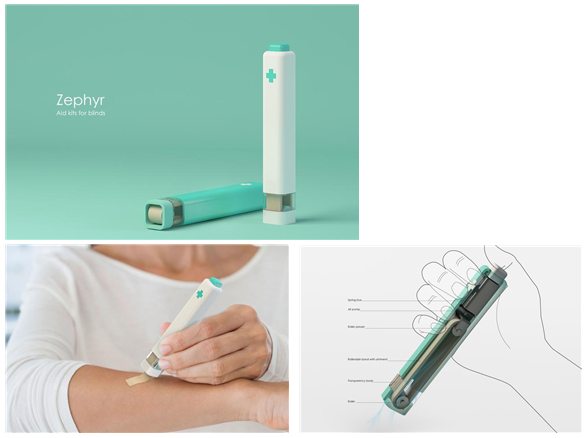 Zephyr, a self-care medical device that allows the vision impaired to identify and put a clean dressing on their wounds.

“With the help of Zephyr, those with visual impairment can easily identify and treat their wounds without the risk of secondary bacterial infection,” says Kwangmin Cho in the Graduate School of Creative Design Engineering at UNIST.

“Through design, we strive to reduce the inconvenience of the socially weak and alienated,” says Professor Kim. “To this end, we will continue creating design products, such as Zephyr and Dr. Pik, the world’s first, fully automatic oral cleansing appliance for the elderly.”

$100 Library by Professor KwanMyung Kim and his design team at UNIST.

Other big winners of the prestigious 2018 Spark Design Awards are the ‘$100 Library’ and ‘Oro Plume Wheelchair’, which received Gold and Silver within the Fall Concept category, respectively.

The $100 Library by Professor KwanMyung Kim’s design team is a cheap and easy-to-assemble library concept, specifically designed for underdeveloped countries with the lack of schooling and poor education. All parts needed to assemble one library is packaged in a box and delivered to possibly anywhere throughout the world.

The Oro Plume Wheelchair by Professor Yunwoo Jeong’s design team is a lightweight motor-assisted wheelchair that assists people with disabilities to become more mobile and independent. Existing wheelchairs are heavy and require assistance when moving around, thus it seemingly gives the impression that people sitting on are patients. Oro Plume uses graphene and mesh-like, high-elastic fabric to reduce weight and motor (in-wheel coater) in the wheel to make it easier for users with weak arms.

Oro Plume Wheelchair by Professor Yunwoo Jeong and his design team at UNIST. 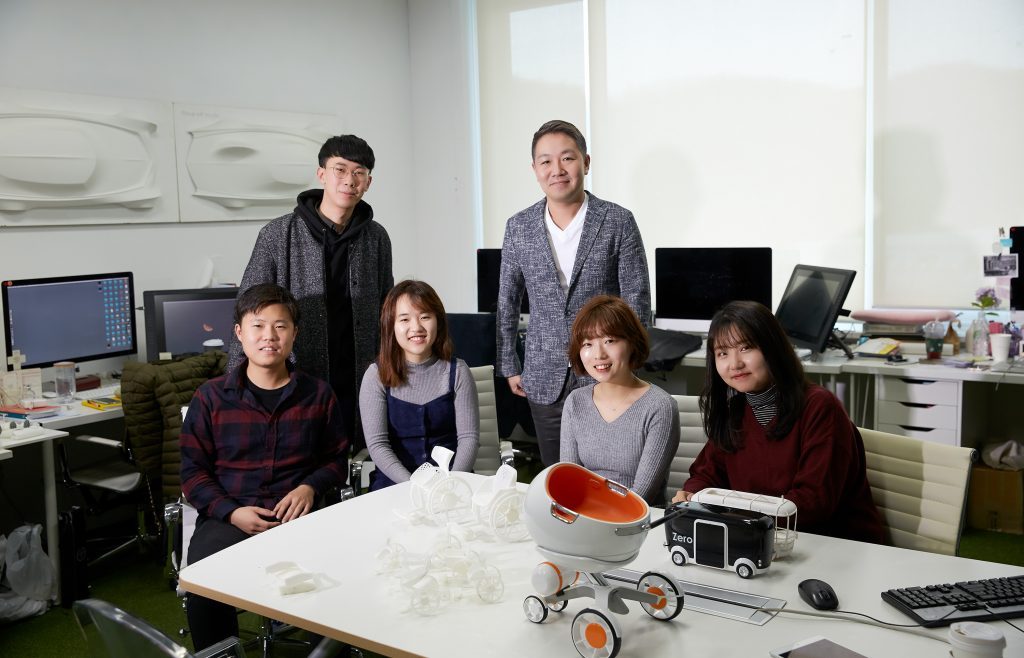 “UNIST Industrial Design track has been recognized globally for its diverse efforts in solving real-world problems through the convergence of engineering and design,” says Professor KwanMyung Kim (Dean of Graduate School of Creative Design Engineering) at UNIST. “Winning six awards in the presgitious 2018 Spark Design Awards demonstrates our research capabilities for innovation.” 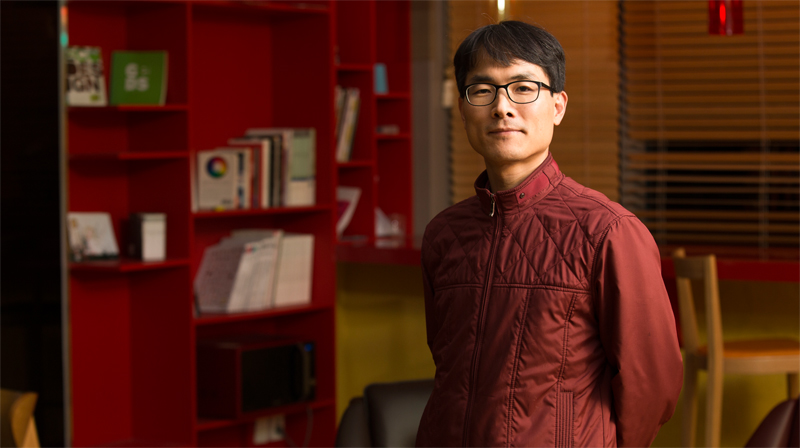 The Spark Design Awards is a multi-disciplinary design competition with the core mission of creating a better world though design excellence. In its tenth year, the international awards program celebrates design excellence and talented designers across a wide range of categories and scales. It is considered one of the top three design contests, along with IDEA (USA), IF (Germany), and Red dot (Germany).