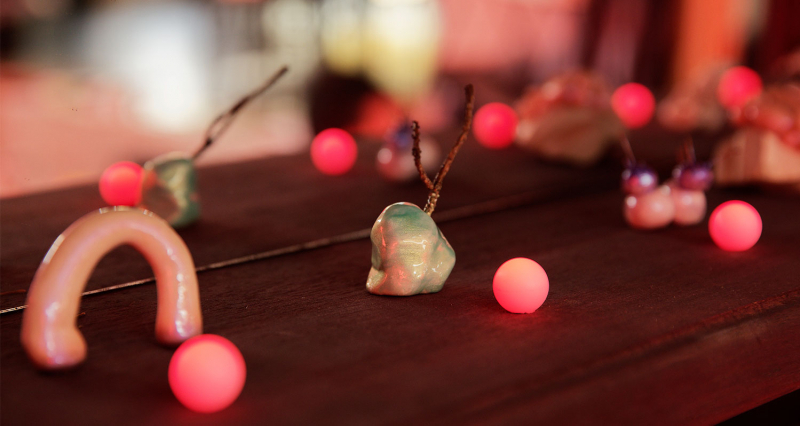 The fourth residency project by Artist JungEun Choi has been exhibited at the Science Cabin in an open studio format. 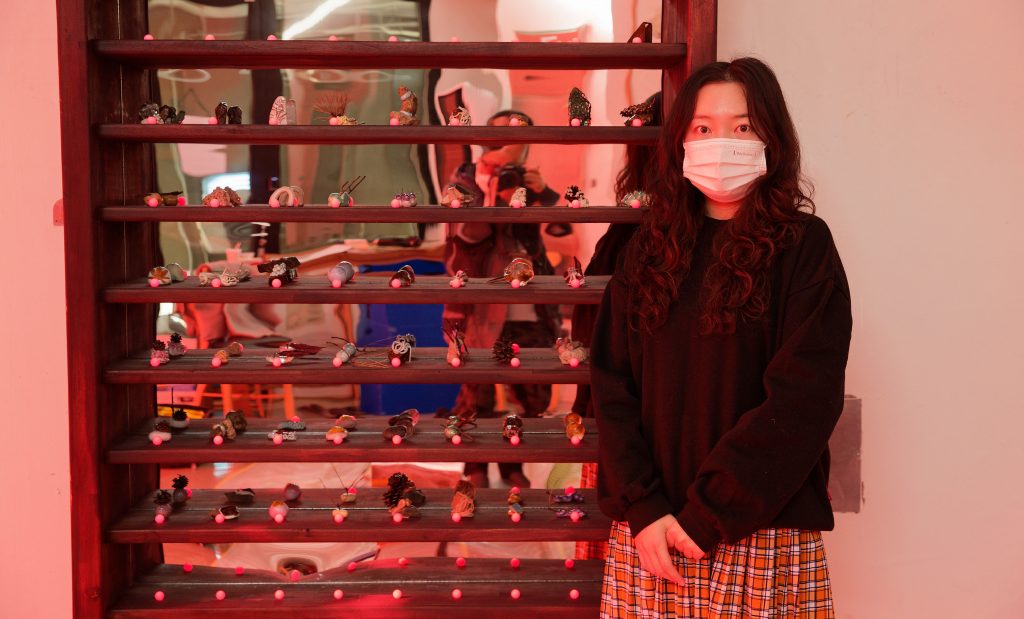 JungEun Choi is the artist behind the objet artworks, exhibited at the Science Cabin. 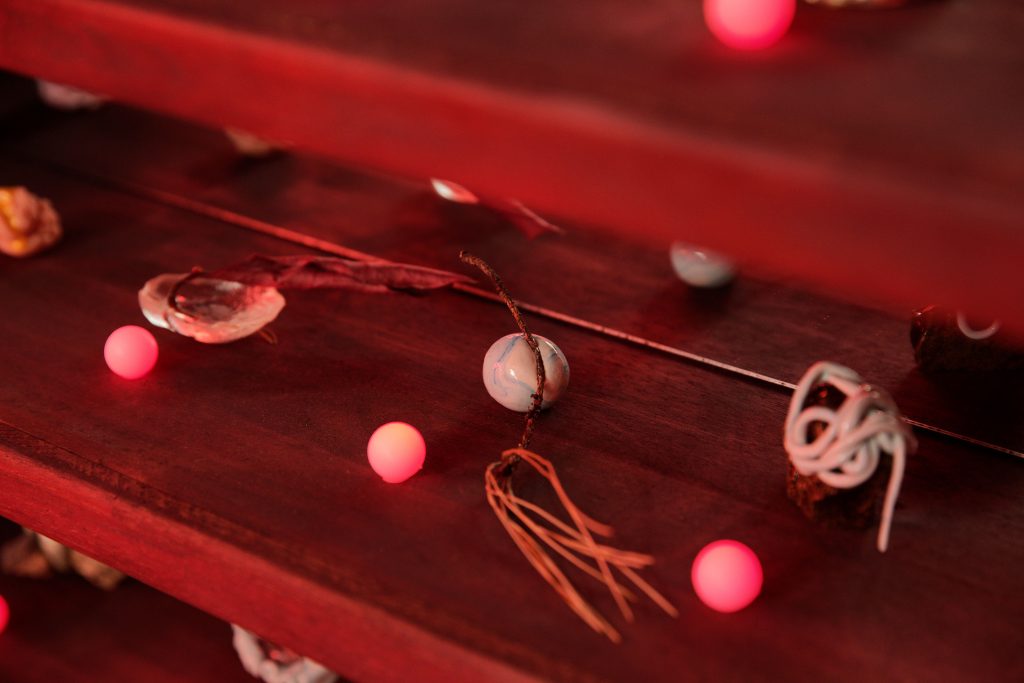 Above artworks, created by Artist Choi, are made from polymer clay and abandoned objects on UNIST campus.

The exhibited artworks, created by Artist Choi, are made from polymer clay and abandoned objects on UNIST campus. During her stay at Science Cabin, she crafted her installations out of rocks, leaves, branches, pine cones, and other objects found on the street.

“When you go to a Buddhist temple, there are lanterns inside the hall that have people’s wishes written on,” says Artist Choi. “This shows the irony of the intersection between Buddhist teachings that liberate desire by recognizing its empty nature and the desire of human for better life.” She adds, “Buddhist lanterns, displayed at Science Cabin contain the artist’s own practice, who often regards her body as a religion, like the Buddhist view that the body and mind are interrelated and interdependent.” 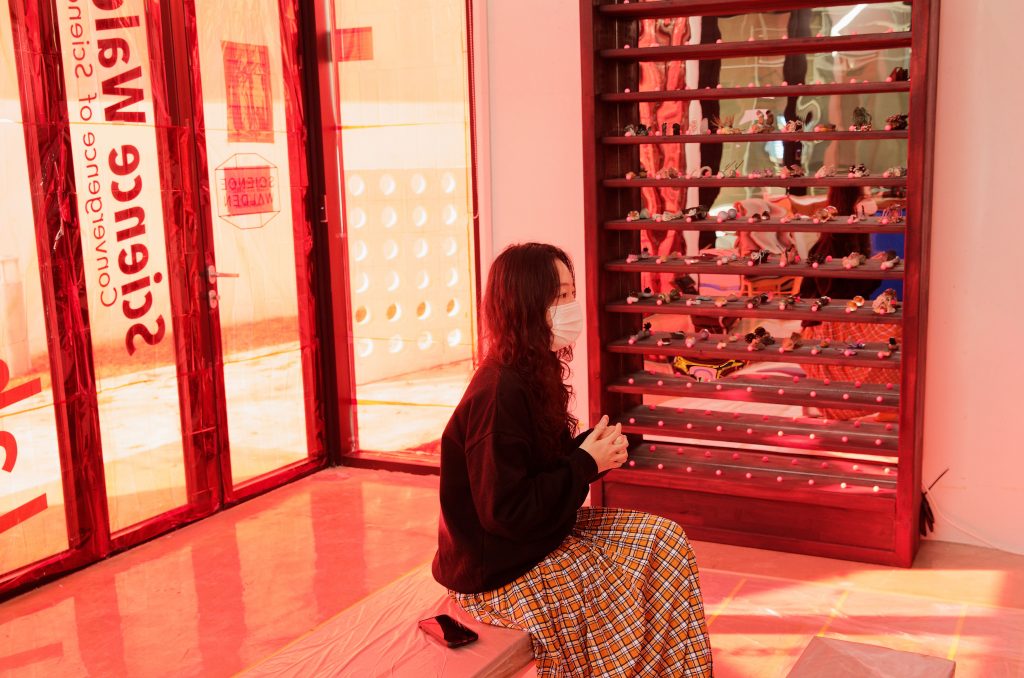 Meanwhile, the 2020 Science-Arts Convergence Residency Project takes place for three months from September 14 to November 30, 2020. A total of four artists will be taking part in this year’s residency project and work towards the development of their own artistic style and voice. The project deals with the theme of ‘Artist Canvas: 14-day Quarantine,’ in which each artist stays at the Science Cabin for 14 days to carry out their art projects in an open studio format.