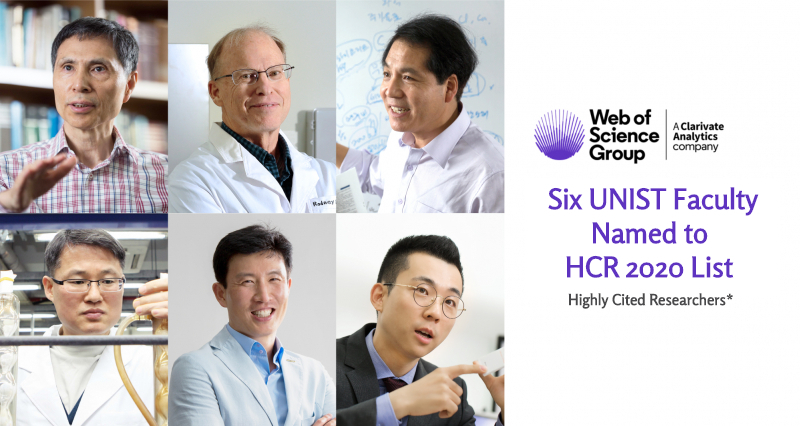 Six scientists from UNIST were named to the annual Highly Cited Researchers 2020 list.

Six UNIST researchers have once again distinguished themselves with inclusion in the prestigious Clarivate Analytics list of ‘Highly Cited Researchers’ for 2020. The annual list, published on November 18, includes researchers with multiple papers ranking in the top 1% by citations for their field and publication year. 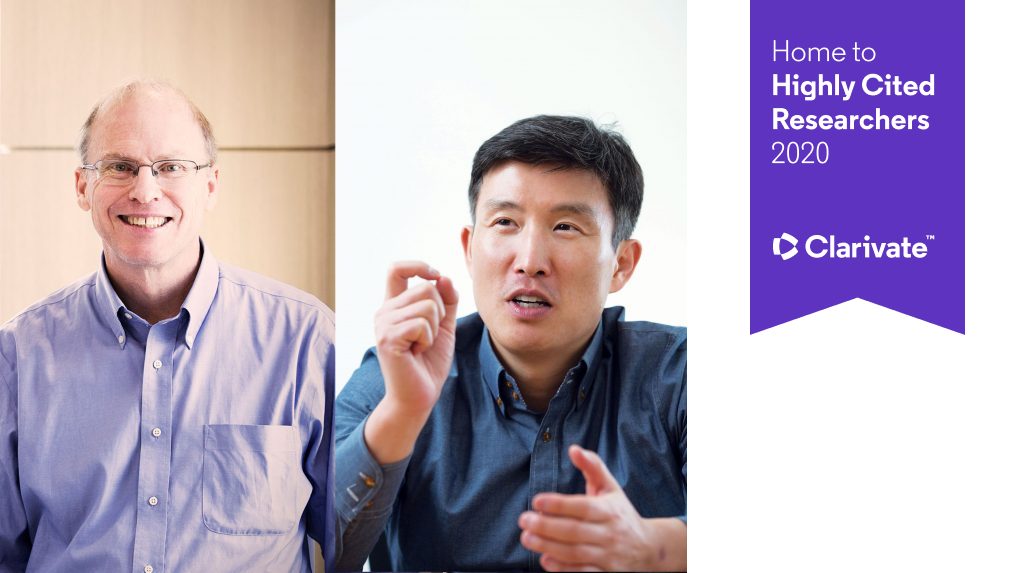 Rodney S. Ruoff, Director of the Center for Multidimensional Carbon Materials (CMCM) at the Institute for Basic Science (IBS) and Distinguished Professor in the Department of Biomedical Engineering at UNIST has once again been named as one of the world’s most influential minds in the fields of materials science and chemistry. Starting in 2014, Distinguished Professor Ruoff has been named to the annual HCR list from Clarivate for the seven consecutive year.

Jaephil Cho, Director of Research Center for Innovative Battery Technologies and Professor in the School of Energy and Chemical Engineering, is known as the world leading expert on secondary batteries. Professor Cho has been named to 2020 Highly Cited Researchers List in materials science and this is the fifth time he has been named to the list. 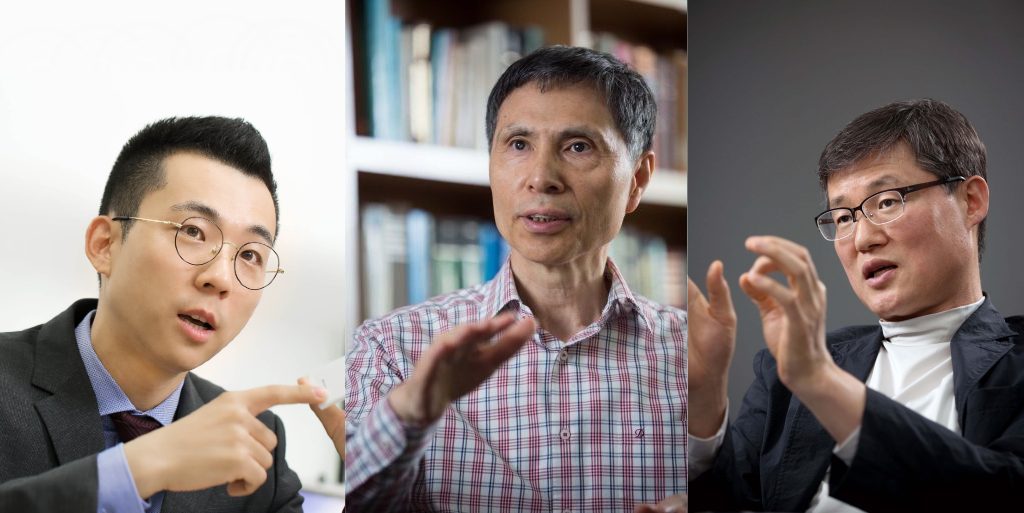 Distinguished Professor Sang Il Seok, Professor Jong-Beom Baek, and Professor Hyun-Wook Lee were recognized for thier distinguished contributions to the field of cross-field. 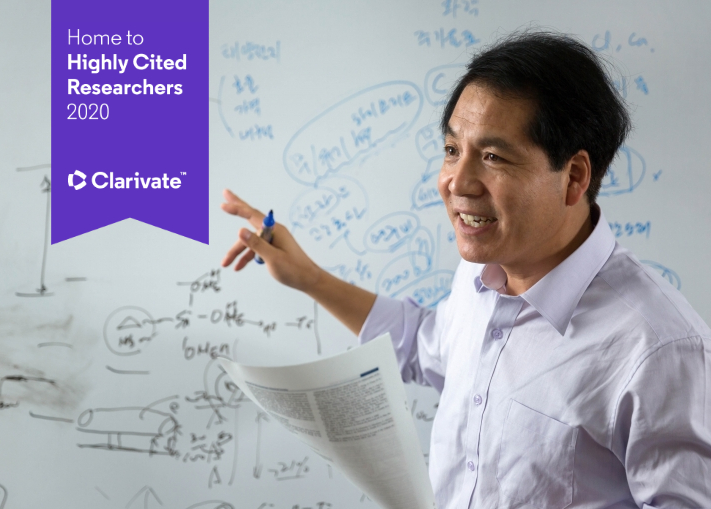 Sang Il Seok, Distinguished Professor in the School of Energy and Chemical Enginering at UNIST and a master of fusion research, has been ranked in the top 1% Highly Cited Researchers in the category of chemistry. This year is the first time Distinguished Professor Seok made this list. Besides, he has also been named to the annual HCR list in cross-field category in both 2018 and 2019.

The 2020 list is based on the number of citations for papers published over an 11-year period from January 2009 to December 2019. Highly Cited Papers are defined as those that ranked among the top 1% most cited for their subject field and year of publication, earning them the mark of exceptional impact. The yearly list contains a total of 6,167 researchers in 21 fields of the science and social sciences, as well as cross field categories.

According to Clarivate Analytics, the United States coninues to dominate the list as the home to the highest number of HCRs, with 2,650 authors. Harvard University, in particular, produced 188 HCRs, becoming the world’s largest producer of HCRs. Mainland China once again became the world’s second-largest HCR emitter, after the United States. China’s HCR has increased by 10.2%, compared to last year.

The full Highly Cited Researchers 2020 list and executive summary can be found HERE.