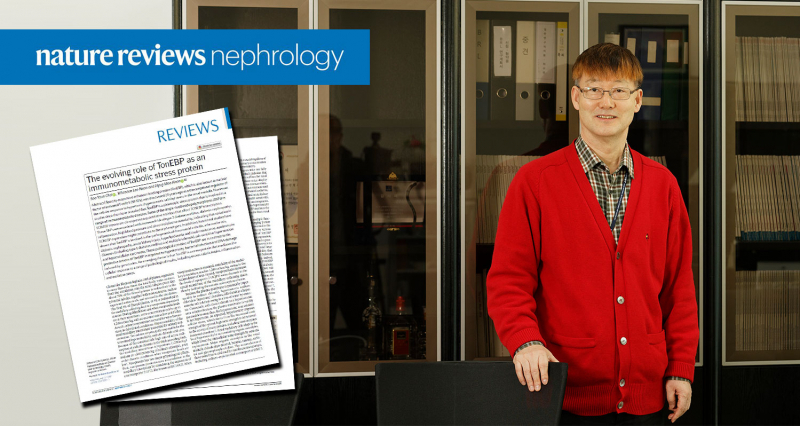 “This paper summarizes the nine years of my research that has been underway since joining UNIST. It starts with a study on the role of TonEBP* protein and clarifies its connection with metabolic diseases. We hope these achievements will lead to cures for such diseases.”
*TonEBP (Tonicity-responsive Enhancer-Binding Protein)

Professor Hyug Moo Kwon in the School of Life Sciences at UNIST has recently published a review paper at Nature Review Nephrology, the world’s renowned journal in the field of Nephrology. This paper, published on March 10, summarizes the research results of the TonEBP protein, known to promote metabolic diseases.

TonEBP, which was first discovered by Professor Kwon 20 years ago, is said to be a protein that detects hypertonic stress in the kidney, and thus causes transcriptional activation in response to hypertonicity. In particular, this contributes to the regulation of urine and induces inflammation to fight off infections, caused by virus or bacteria.

Reviews and follow-up studies of TonEBP, however, have indicated that their roles are not limited to the regulation of urine and combatting infection. Rather, it has been revealed that TonEBP are deeply involved in metabolic stress response, and thus they act as a cause of various diseases.

Professor Kwon joined UNIST in 2011 and has been conducting an in-depth study and assessment of TonEBP in association with inflammation. Despite the difficulties encountered during the research process, he has made steady progress and this has led to some notable achievements. In 2018, Professor Kwon has revealed that TonEBP contributes to liver cancer, as well as diabetic nephropathy, also known as diabetic kidney disease. The following year, in 2019, it has also been found that TonEBP promotes obesity and insulin resistance, resulting from fat accumulation in the body.

“It is very meaningful that this TonEBP research, which started with basic research, have been expanded to identify the causes of various diseases and treat them,” says Professor Kwon. “I was asked to write a review paper from Nature Reviews Nephrology, which had expressed an interest in such work.” 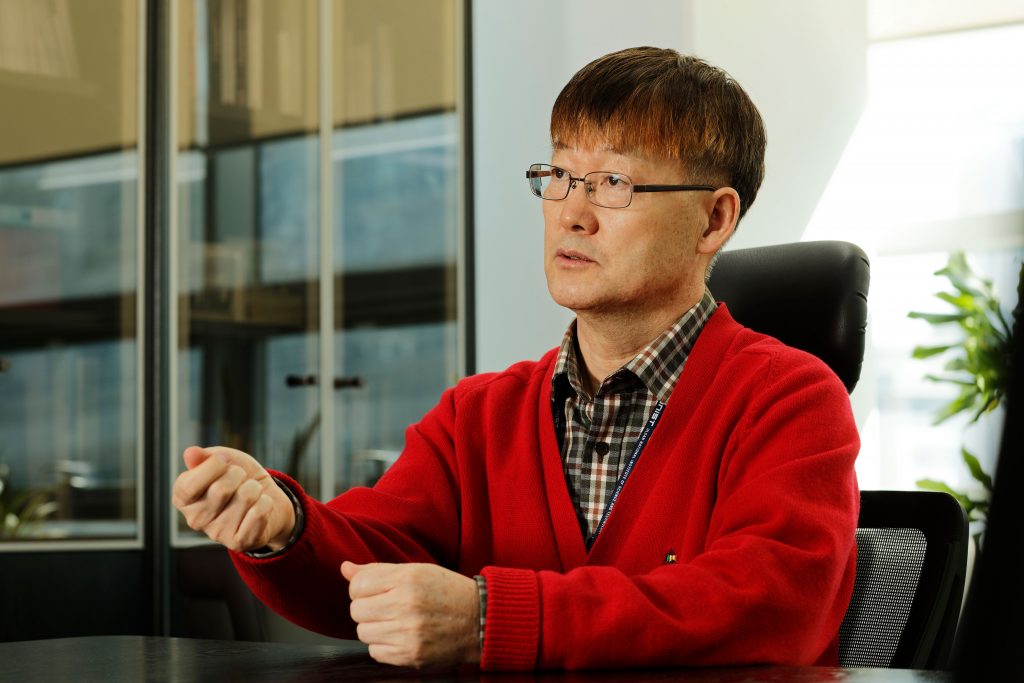 Professor Kwon’s research team is actively working on research to treat these diseases, beyond the analysis of the association between TonEBP and metabolic stress-related diseases.

Through past experiments involving rats, Professor Kwon has raised the possibility of new treatment for controlling blood sugar levels and reducing liver fat volume in rats via regulation of TonEBP. Studies are also under way for the development of new medicines that may help control TonEBP. Herros Bio Co. Ltd., a startup company founded by Professor Kwon, is working hard to translate academic basic research into useful treatments for various diseases, such as rheumatoid arthritis, liver cirrhosis, liver carcinoma, and etc.

“Diseases, such as diabetes, hyperlipidemia, arteriosclerosis, and rheumatoid arthritis that are threat to many people today are strongly associated with metabolic stress,” says Professor Kwon. “We expect that, through the regulation of TonEBP, it would be possible to treat such diseases.”