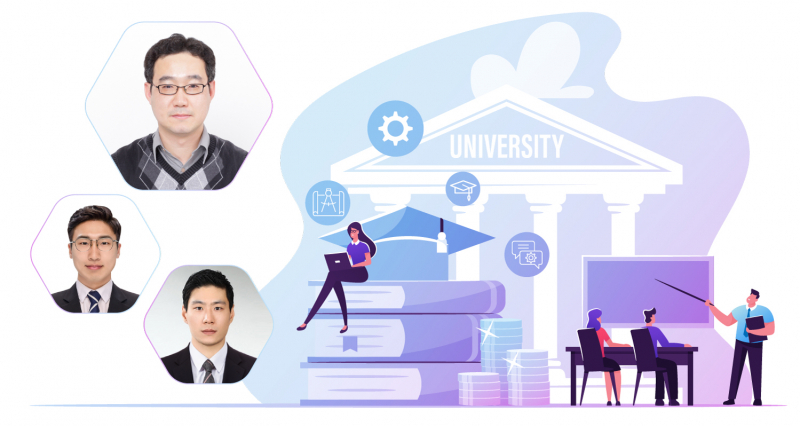 The School of Mechanical and Aerospace and Nuclear Engineering at UNIST has announced the appointment of two of its alumni as assistant professors at Kyungpook Nat’l University and Kyungnam University, respectively.

Both UNIST alumni, JiSoo Kim and DoYoung Kim received their doctorate from UNIST in 2020 under the mentorship of Professor Hyung Wook Park in the School of Mechanical Aerospace and Nuclear Engineering at UNIST, thereby earning all their bachelor’s, master’s and doctorate degrees from the same institution. They began their new careers as new faculty members of Kyungpook Nat’l University and Kyungnam University, beginning March and April of this year, respectively.

Throughout their school years, the two alumni carried out various research towards the advancement of major processes in the manufacturing sectors within Professor Park’s Multiscale Hybrid Manufacturing (MHM) Lab at UNIST. 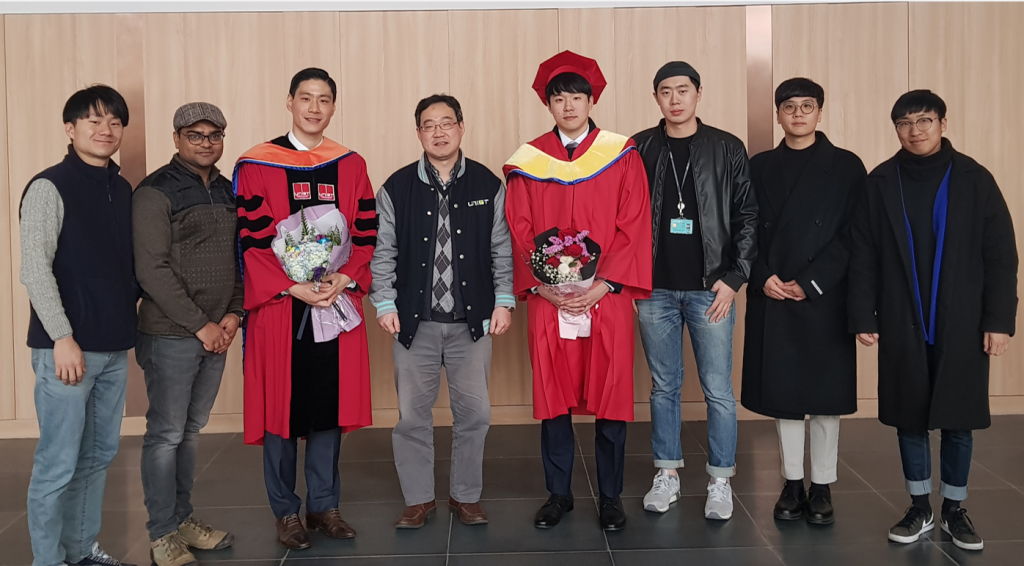 ▲ A photo taken by Professor Hyung Wook Park’s research team at the 2019 graduation ceremony. Both alumni, Jisoo Kim (Third from the left) and Do Young Kim (Far right) are also present in the photo. l Image Credit: Do Young Kim

Dr. JiSoo Kim entered UNIST in 2009. His research interests lies primarily in the area of precision mechanical engineering, including energy beam based surface manufacturing. “Having undergone leg surgery as a child, I became naturally interested in the durability and longevity of artificial joints made of metal, and thus have decided to joint UNIST,” says Dr. JiSoo Kim. “I shall continue my efforts to expand research on surface engineering and surface-related production technologies, such as artificial joints that will greatly enhance the quality of people’s lives.”

Dr. Do Young Kim entered UNIST in 2010. His research interests lies primarily in the area of mechanical engineering, including the analysis of cryogenic treatment. Besides, his recent work on cryogenic machining, using liquid nitrogen (LN2) has been published in both domestic and international journals, and thus credited for his achievements. “Under the influence of my parents who ran a car repair shop, I became naturally interested in mechanical parts and decided to pursue mechanical engineering,” says Dr. Do Young Kim.

“We would like to express my utmost gratitude to our advisor, Professor Hyung Wook Park, for his encouragement, advice and unconditional support,” they noted. “Without your support and encouragement, our success wouldn’t have been possible.”