Home All News News UNIST Jumps Seven Spots to No. 10 in THE Young University Rankings 2021! 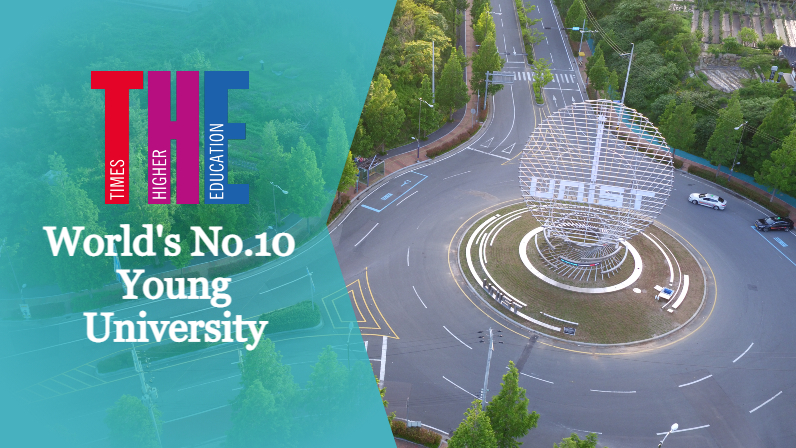 UNIST Jumps Seven Spots to No. 10 in THE Young University Rankings 2021!

UNIST, in terms of citations, ranked No. 1 in S. Korea.

UNIST has been ranked among the world’s top 10 young universities by Times Higher Education.

In the latest Times Higher Education (THE) Young University Rankings 2021, UNIST climbed to tenth place, up seven rungs from its ranking last year. Besides, when measured based on the number of citations a university’s research obtains, UNIST still maintained its No. 1 ranking among Korean universities.

The Young University Rankings lists the world’s best universities that are 50 years old or younger, assessing them across teaching, research, international outlook, and their work with industry. A record 475 universities from 68 countries and regions qualify this year.

UNIST’s strong showing was primarily driven by its strengths in its research and international outlook. In this year’s ranking, UNIST scored 90.8 points in citations, thereby maintaining its No. 1 position in South Korea. Thus, when compared to last year’s rankings, all five indicators have shown a significant increase. Overall, UNIST has climbed 14 places since debuting at 24th place in 2018. 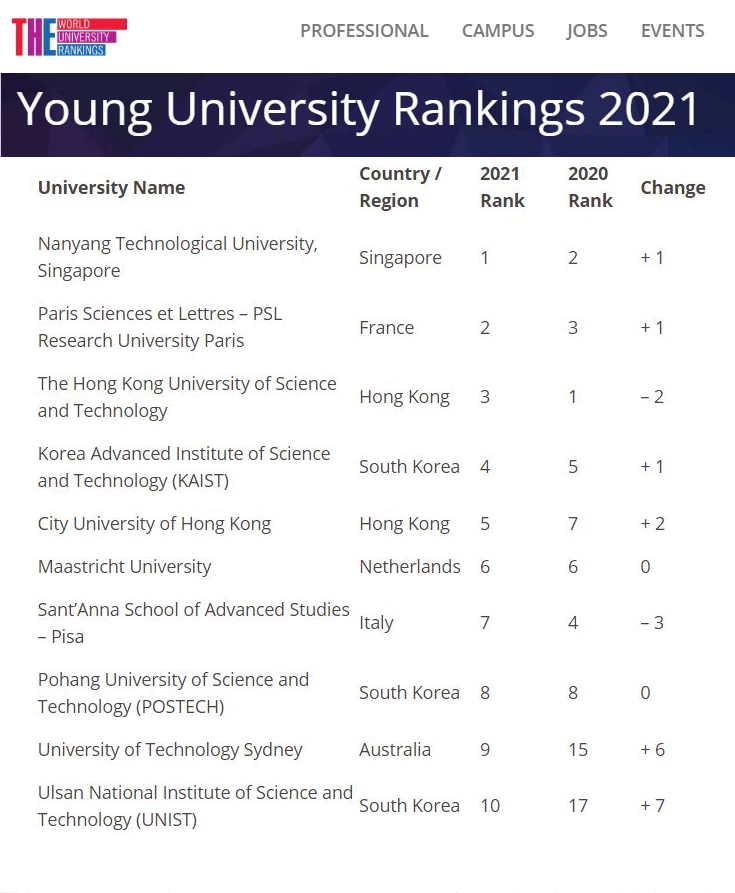 Meanwhile, UNIST has been attracting worldwide attention due to its continued solid performance in the global university rankings. In the latest Nature Index Annual Tables for academic institutions, released on May 20, UNIST was ranked 5th in S. Korea and 147th globally.

UNIST also retained its position as Asia’s 21st best university in the latest THE Asia University Rankings, released on June 6, 2021.  The 2021 ranking also revealed that UNIST, in terms of citations, earned a score of 90.8, which was the highest score ever achieved by universities in South Korea. Besides, UNIST maintained its position as S. Korea’s No. 1 university for five consecutive years, according to the 2021 CWTS Leiden Ranking,

UNIST has also been ranked 8th in S. Korea and 212th globally in the latest QS World University Rankings by Subject, released on June 8, 2021. In particular, UNIST achieved a full score for Citation per Faculty, which indicates research excellence. UNIST, in terms of citations, ranked as the world’s 9th best university. It has also been ranked No. 2 in S. Korea, following GIST.