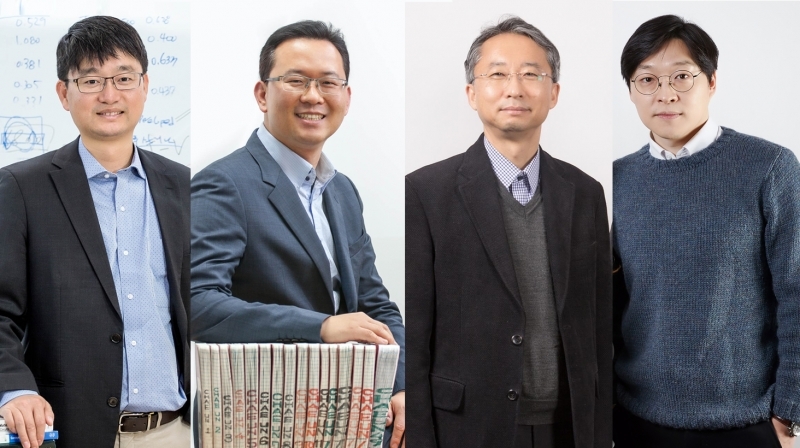 UNIST has been included in the list of Samsung's 2017 first half future technology fostering projects, released on September 28.

Three UNIST research teams have been selected for this year’s Samsung Research Funding Program for Future Technologies. The selected projects will be supported through a research funding of up to 2 billion won for the next three to five years.

This program, which started in 2013, was promoted by the Samsung group in support of the cultivation of the core basic science technologies and for the three major areas of ▲ basic science, ▲ materials technologies, and ▲ creative ICT under an investment of 1.5 trillion won for 10 years. Based on those three major areas, the company selects the awarding of promising research projects three times a year. Through this program, a total of 367 projects have already been selected and about 464 billion won have been invested so far.

Fourteen projects were chosen in the basic science, including the study of “Liquid-Liquid Phase Translation in Water” and the “Dynamics of Extremely Low-Temperature Biophysics” by Professor Chae Un Kim. As for materials science, eight projects were selected, including Professor Sang-Young Lee’s project on “Potential Surface-energy-control-based Hyperloop Semi-ionic Conductor”. When it comes to creative ICT projects, twenty-three cases were selected, including a research on the “Structure of Ring Oscillator-based Ultra-compact Low Noise UWB Frequency Generator that Satisfies 5G Standard Performance”. Those projects will be supported based on an investment of 53 billion.

The project on the “Development of High Power Generator and Applied Materials, Using Frictional Electricity” by Professor Jeong Min Baik, which was promoted among Samsung Electronics’ Future Technology Fostering Projects in 2014, has once again been selected as a follow-up support projects in materials technologies area. This recognition is given to those projects that had secured patent license in major global territories for core technologies, published papers in the world’s leading scientific journals, or have an expectation to have great repercussions throughout industry.

The application deadline for the first half of 2018 research projects is Friday, December 15, 2017. The applications for the materials technologies and creative ICT fields must be submitted via the website of Samsung Research Funding Center of Samsung Electronics (www.samsungftf.com). As for the basic science field, they must be submitted electronically through the website of the Samsung Science & Technology Foundation (www.samsungstf.or.kr). The final selection results will be announced on Thursday, April 5, 2018.