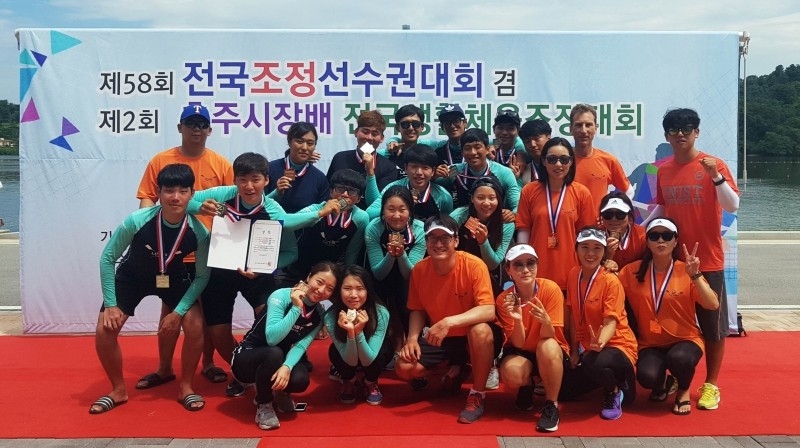 UNIST to Compete at the National Rowing Championship

This competition was attended by amatuer atheletes and student-atheletes from high schools and universities throughout the nation. A total of over 82 teams and 600 participants managed to actually qualify and continute to compete at the natioanl championship. 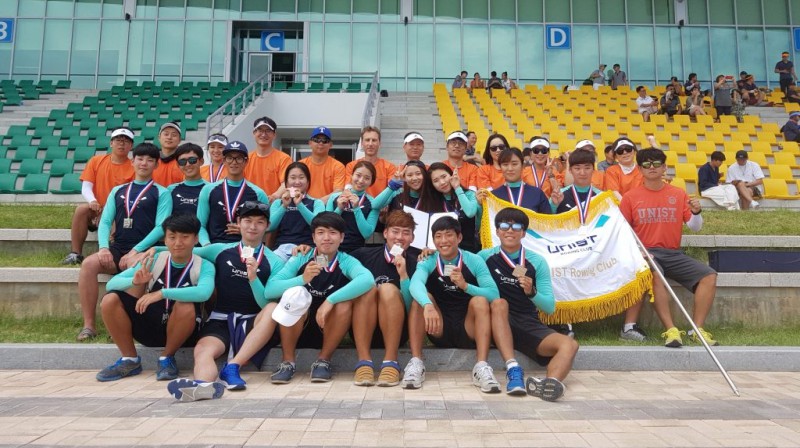 JuneSeok Kim (School of Mechanical and Nuclear Engineering) who won a silver medal states, “Rowing is an exciting, adrenaline-rushing team sport. It not only helps us develop team spirit, but also learn self-discipline.” He adds, “Competing against each other in boats, we are learning to trust each other more and more every day.”

Moreover, the club has won first-place medal with a first place finish in Busan Metropolitan City Mayor Cup National Rowing Competition, last May. This event marked the club’s first competition, since its foundation in 2013.