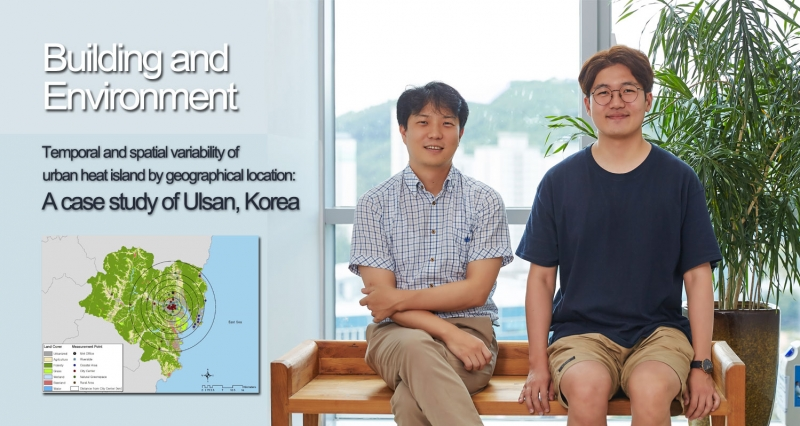 From left are Professor Gi-Hyoug Cho and Minjun Kim in the School of Urban and Environmental Engineering at UNIST.

The work by Professor Gi-Hyoug Cho indicates "During Summer, temperatures in Ulsan are 2.5°C higher than rural areas".

Rising temperatures are threatening urban areas, including Ulsan city due to a regional climate phenomenon, known as the Urban Heat Island (UHI) effect. Therefore, there is an urgent need to implement necessary mitigation measures, such as green roofing, to reduce the heat of the surrounding areas.

Record high temperatures have been set across the globe this week and Ulsan was no exception.

In search for optimal solutions to mitigate UHI impact, Professor Gi-Hyoug Cho and his research team in the School of Urban and Environmental Engineering at UNIST has been conducting research on how urban planning, such as the installation of adequate green infrastructure, may help reduce those temperatures. Their current research interests mainly include the investigation of the UHI effect in Ulsan and new adequate solutions.

Urban heat islands, or areas where temperatures are significantly higher than surrounding rural areas, tend to happen in cities where black asphalt, concrete, and building cooling replace cool-inducing vegetation. These higher temperatures can create serious health risks, as they give rise to the phenomenon of extra-tropical climates and this may result in excessive ozone and fine particulate matter concentration, thereby deteriorating the overall air quality.

According to Professor Cho’s recent work, published in Building and Environment, the nocturnal air temperature of the urban center roads is approximately 2.5°C higher than that of the rural areas during the summer. The temperature difference of about 1.5 °C was attributed to the physical structures of the city, which includes the geometric features of the roads. The remaining gap of 1 °C was due to the difference in geographical conditions on UHI intensity. 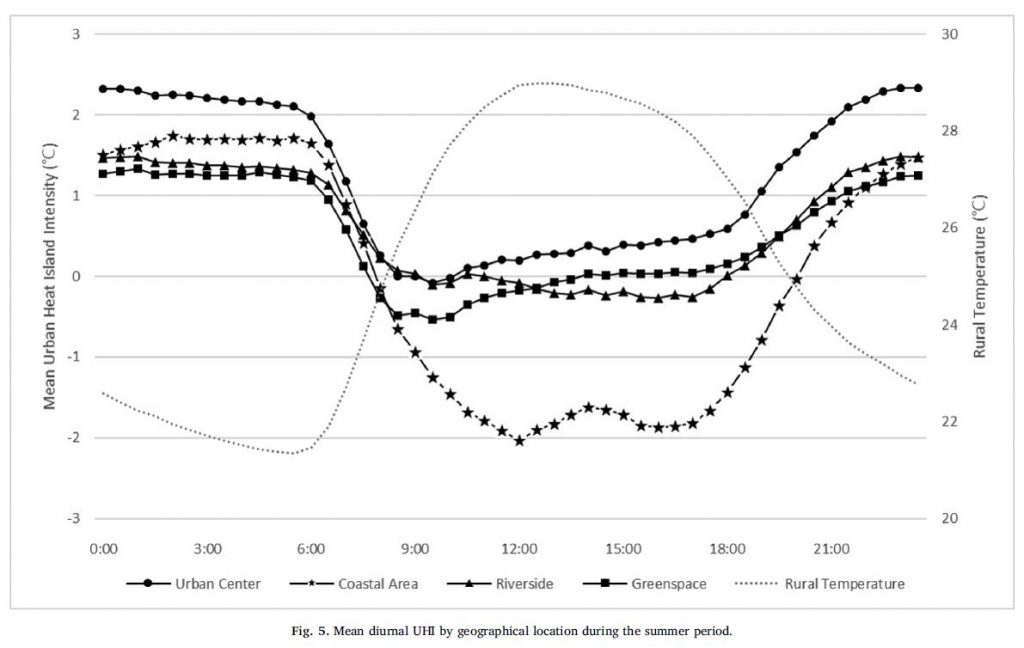 Mean diurnal UHI by geographical location during the summer period.

For this research, Professor Cho and his research team have collected air temperature measurements from 44 monitoring stations, which they had installed in 2016. Researchers also installed measurement devices on street lights across the study area to measure the current ambient temperature. In addition to the temperature changes, they also measure the following the geometric features of the roads: (1) the density of the building near the road; (2) the width of the road; (3) the sky view factor (SVF); and (4) the orientation of the road.

“Although there were no significant differences in air temperature between the coastal and rural roads found in our regression model, the temperature difference of 1.5 degrees can definitely change via urban planing,” says Professor Cho. 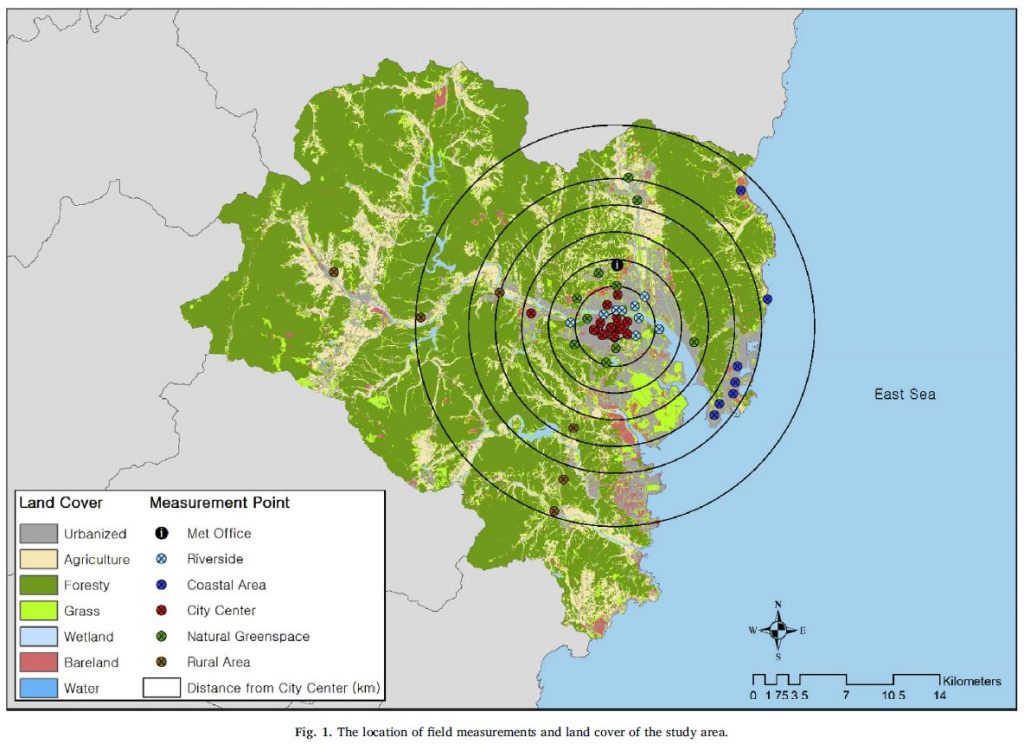 The location of field measurements and land cover of the study area.

In order to provide planners with practical insights on mitigating UHI, Professor Cho’s team is conducting a follow-up study to help understand how the meteorological characteristics of the ocean are related to the physical structures of the city and, ultimately, how they affect the city’s air temperature. This study is part of the development of Urban Climate Zone, which utilizes the public policies for optimal urban development, using the geometric features of roads of Ulsan. 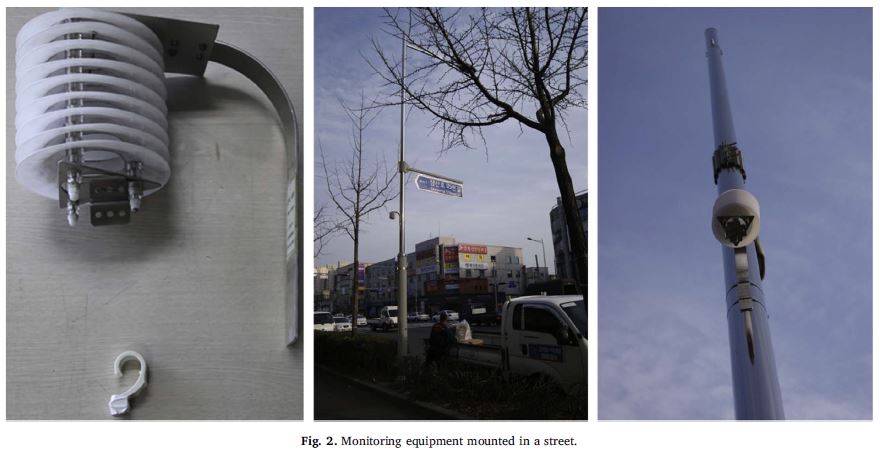 Monitoring equipment mounted in a street.