Partnerships to enhance and develop cooperation in the fields of science, higher education and technology.

UNIST has signed a Memorandum of Understanding (MoU) to formalize and expand its partnership with the Eindhoven University of Technology on June 13, 2018. Prior to this, UNIST also concluded an agreement with the City, University of London on June 11, to pledge mutual support for one another in the pursuit of academic excellence.

In the memorandum of understanding, the two organizations promised to interchange up to 10 students per year over the next three years. This MoU is the extension of their previous partnership agreement, which has been in progress since August 2013. The preexisting agreement set limits to the School of Business Administration at UNIST and the Department of Industrial Engineering & Innovation Sciences at Eindhoven University of Technology, while the newly extended agreement broadens its range to the entire university. 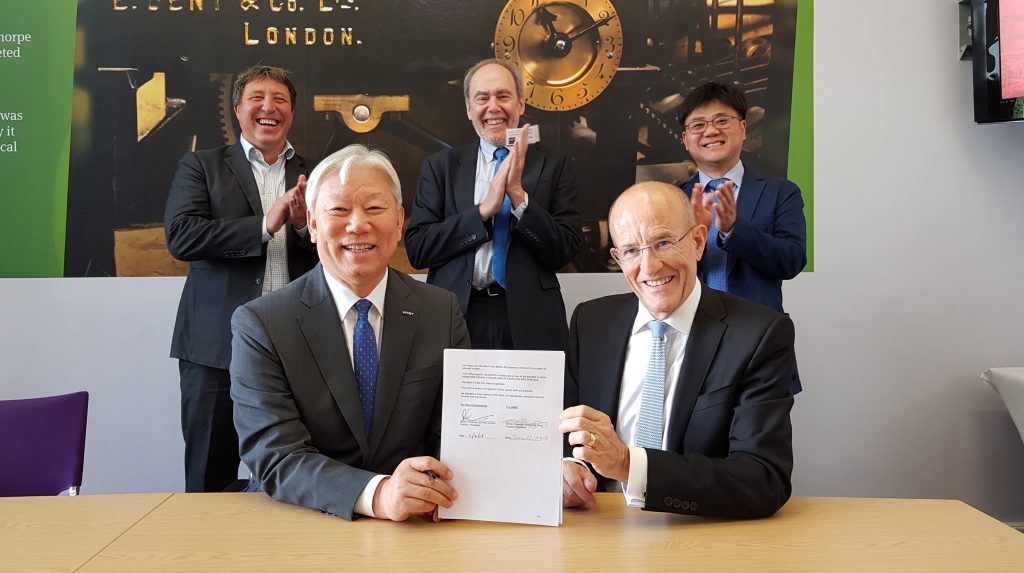 The Eindhoven University of Technology is one of the strongest universities in the world when it comes to research collaboration with industry. As of 2017, the university has established about 165 high technology spinoff companies and 91 cutting-edge startup companies by 130 young tech talents. It is a world-class university known for its worldwide No. 1 ranking for research collaboration with the global top innovative companies (THE World University Ranking and CWTS Leiden Ranking, 2016). It has been ranked 99th best universities in the world, according to the 2018 edition of the QS World University Ranking.

“This agreement will be a great opportunity not only for promoting student exchange opportunities between two universities, but also for benchmarking industry-university research cooperation worldwide,” says President Mooyoung Jung. “This also creates a new momentum for UNIST to further expand its international cooperation worldwide, particularly in Europe.”

Meanwhile, City, University of London, which is best known for its Cass Business School, is affiliated with the prestigious University of London, along with London School of Economics (LSE) and London Business School (LBS). The university currently runs a post graduate joint degree program with UNIST, beginning January 2018. Under this partnership, both universities have agreed to further promote students’ exchange and academic cooperation in various fields, as well as their joint degree program.