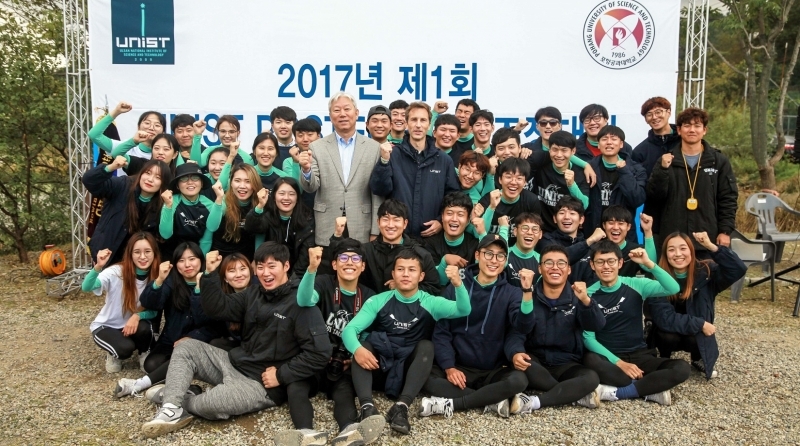 The first friendly match between UNIST and POSTECH, held in Pohang on October 28, 2017.

The UNIST rowing club has reached an agreement for a friendly match against POSTECH on Saturday, October 28th, 2017. This will be a historic match for UNIST, as Saturday’s match marks their first friendly match.

Supported by the POSTECH Sports Support Center, the competition was attended by approximately 120 participants, including the general public. As they compete for Saturday’s friendly, they demonstrated rowers from both universities demonstrate effective team leadership and collaboration. 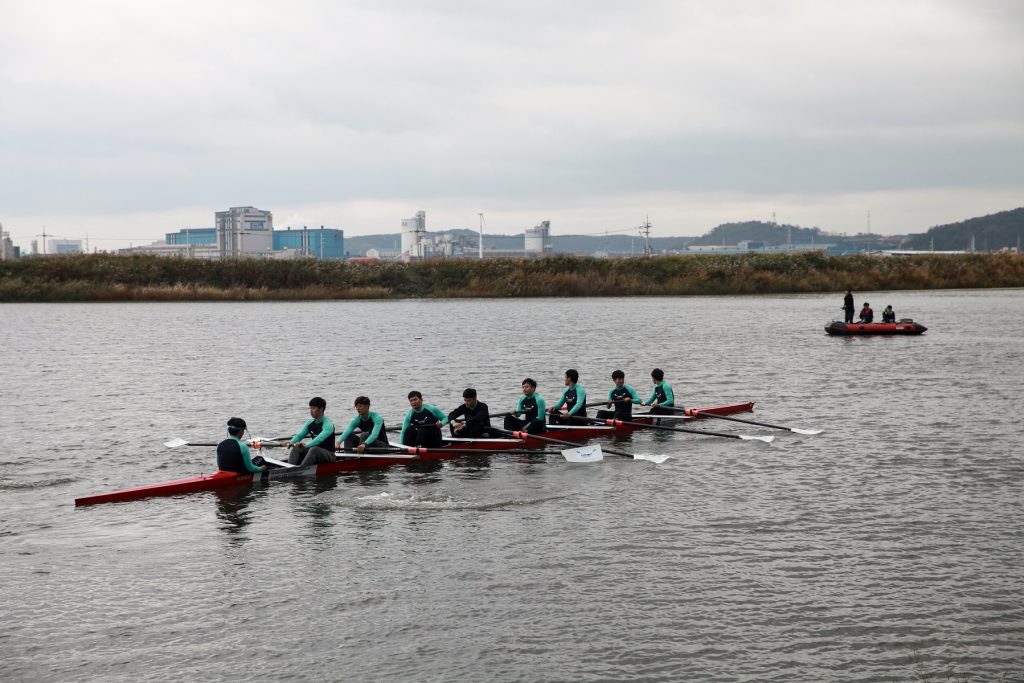 The UNIST rowing crew teams are preparing for the Men’s Eight.

“Rowing is a sport that imparts physical strength, strong mentality, teamwork, and leadership,” says President Mooyoung Jung of UNIST. “Through this match, I hope students from both universities can benefit from the discipline, cooperation, and commitment that participation in rowing requires.” 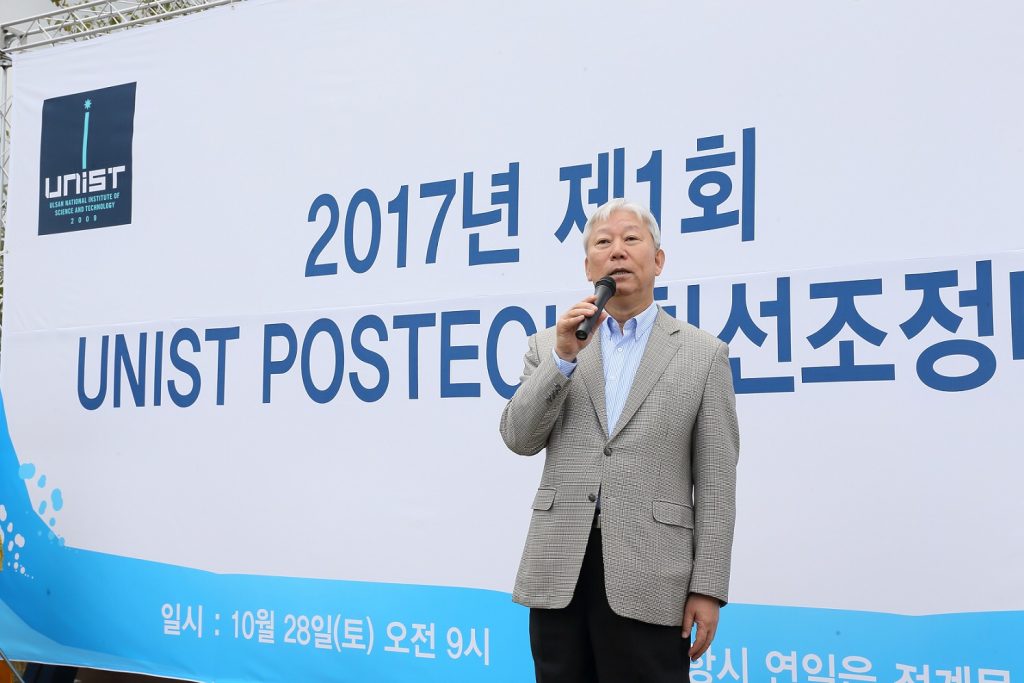 Both organizations hope to turn their Saturday’s friendly into an event, similar to the Harvard-Yale Regatta or Yale-Harvard Boat Race, an annual rowing competition between one of the two most prestigious universities in the United States. By doing so, they hope to enhance the collaboration between two organizations and encourage students to be proud of themselves as students of science and technology-specialized universities.

“We tried our best to show courtesy and respect to our teammates, opponents, coaches and officials,” says Jae Hyeok Jang (School of Mechanical, Aerospace and Nuclear Engineering), Chairman of the UNIST Rowing Club. “No matter the outcome, we are delighted to mark a new milestone in this day of cooperation for both institutes.”

“The hundreds of hours of rigorous teamwork and training have finally paid off,” says Myoeng Joon Lee in the School of Energy and Chemical Engineering at UNIST. “After this match, we hope more people will take interest in rowing.”

The UNIST Rowing Club is a registered club, established in 2013 with the aim of nurturing human resources in science and technology who have a cooperative spirit, strong physical strength, and excellent leadership skills. Open to anyone interested in the sport of rowing, the club is comprised mostly of UNIST students, with some faculty and staff participating. The club currently has approximately 60 members and boasts 5 racing boats and 1 rescue boat.

Moreover, the club has won first-place medal with a first place finish in Busan Metropolitan City Mayor Cup National Rowing Competition, last May. The team has also been honored with the Ministry of Oceans and Fisheries Award at the 43th Jang Bogo Flag National Rowing Championship in July, 2017.