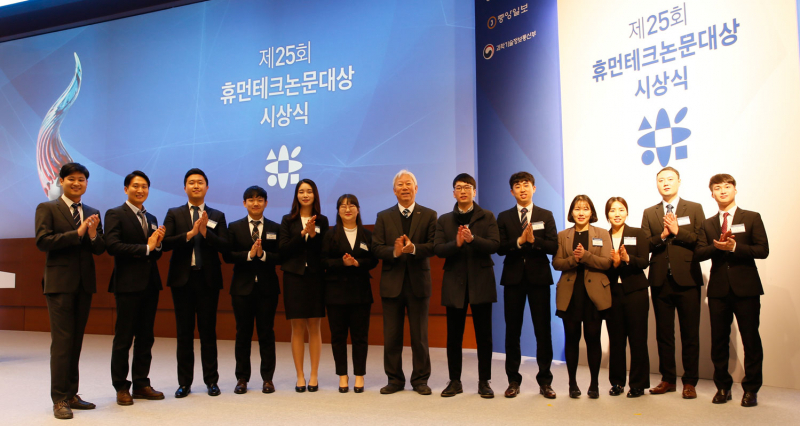 13 UNIST students were honored at the ceremony of the 25th Samsung HumanTech Paper Awards, held on February 13, 2019.

Thirteen UNIST students have been recognized for their excellence in academic and research work at the 25th Annual International Samsung Human-Tech Paper Awards ceremony.

This year’s award ceremony took place in Samsung Electronics Seocho Building on Wednesday, February 13, 2019. Among the many eminent individuals, the following UNIST students were presented with 1 Gold, 6 Silver, and 4 Bronze, and 2 Participation awards. 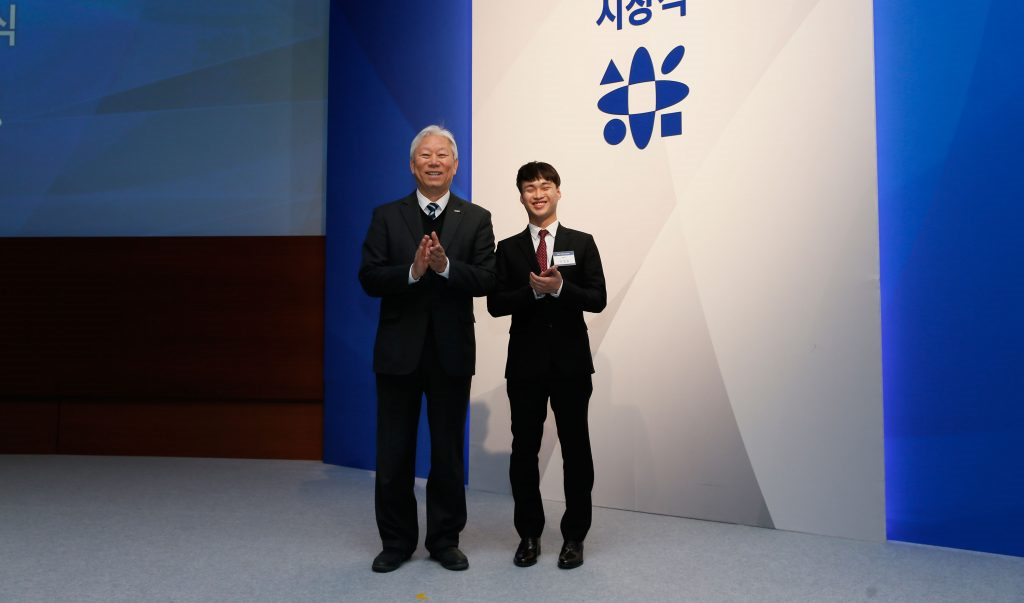 Jungho Lee (Advisor: Professor Changduk Yang) was bestowed with the Gold award. From left are President Mooyoung Jung of UNIST and Jungho Lee.

At the awards ceremony, Jungho Lee (Advisor: Professor Changduk Yang) in the School of Energy and Chemical Engineering was presented with Gold award within the category of ‘Energy & Environment’. He was given the award in recognition of his latest research on the development of organic solar cells with over 11.11 % efficiency through the use of unique properties of organic compounds. The new battery raised many hopes and expectations for the commercialization of organic solar cells.

“My esteemed colleagues and friends at UNIST, I really appreciate your support in this endeavor,” says Jungho Lee. “But mainly, I would like to express my sincere thanks and appreciation to my advisor Professor for his guidance and support.” He adds, “Through my studies at UNIST, I will make a constant effort to achieve the world’s highest photovoltaic efficiency.” 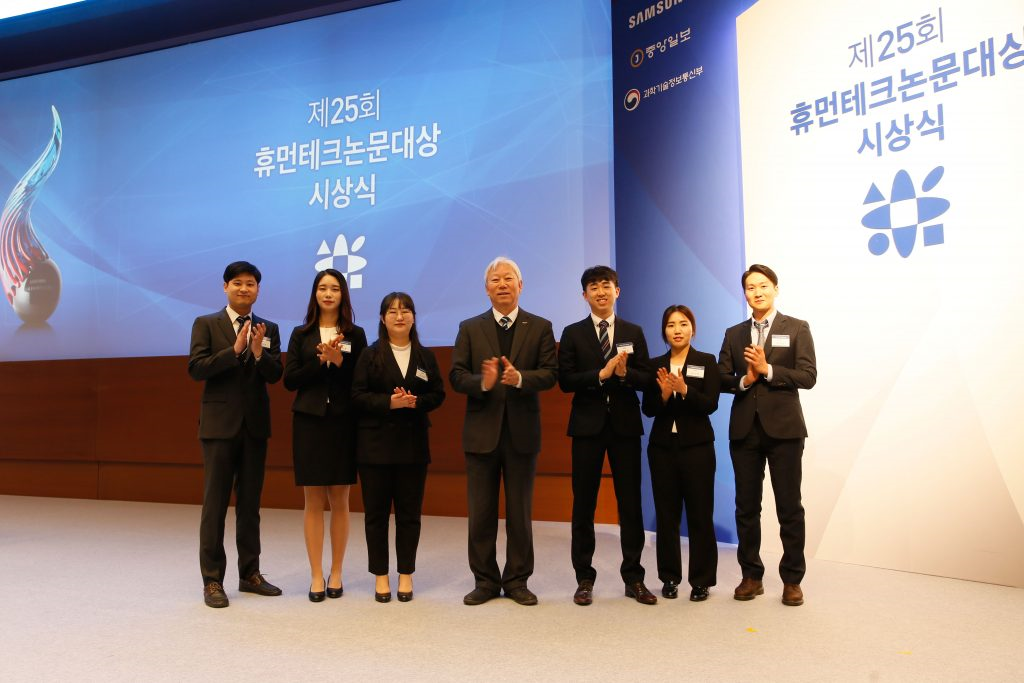 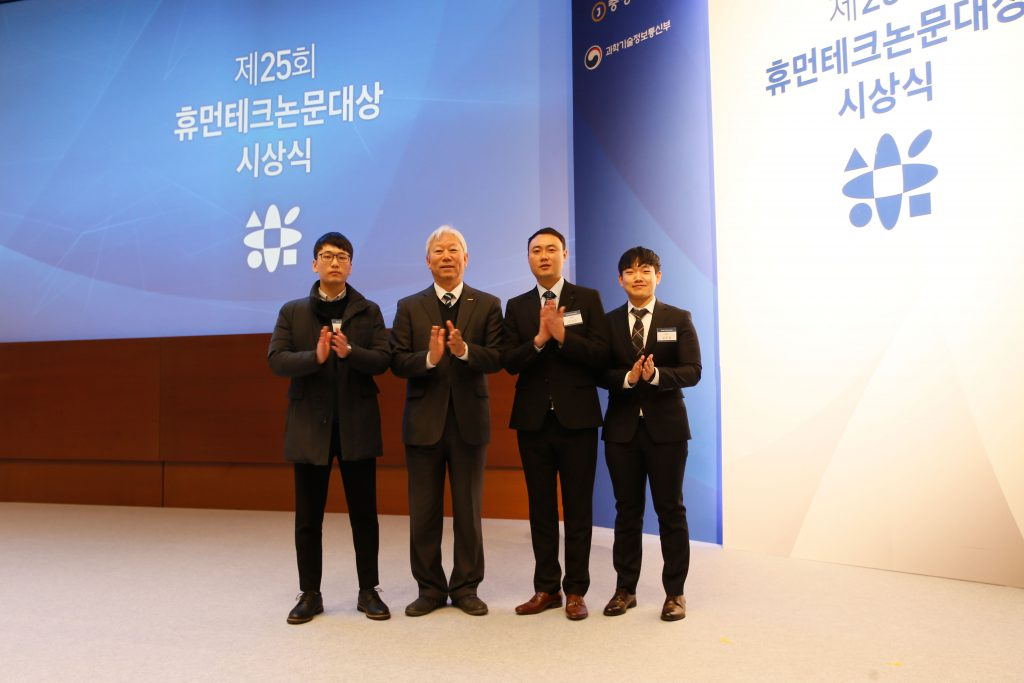 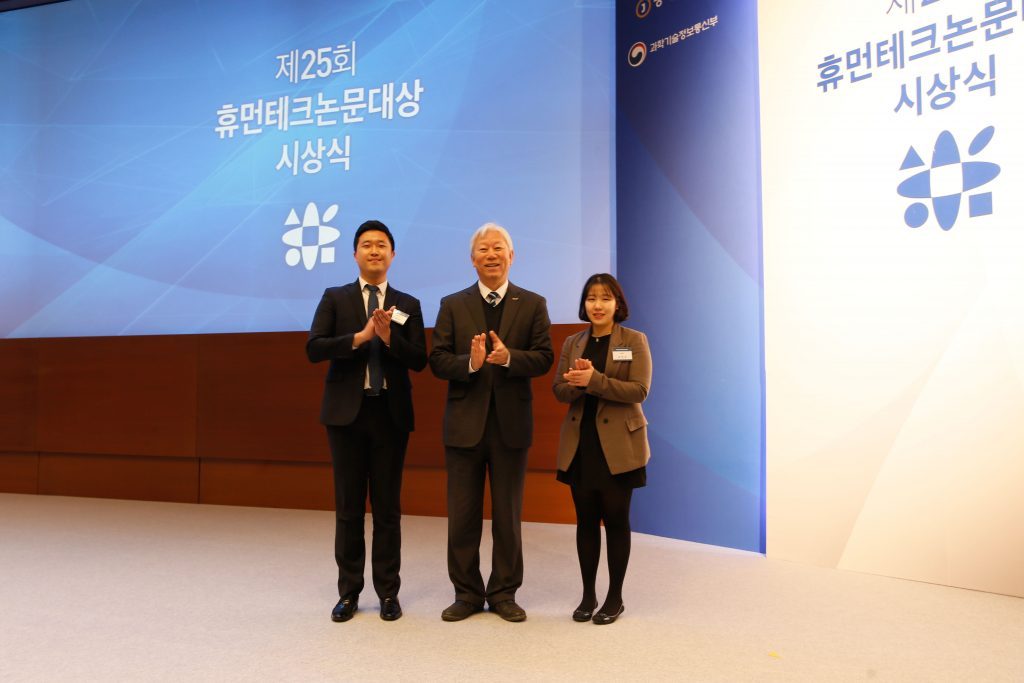 “Human-Tech papers are evaluating practicality with excellent achievement in each field,” says President Mooyoung Jung. “The reason why UNIST has achieved excellent results is that it emphasizes the quality of research.”

The recipients of the 25th Annual International Samsung Human-Tech Paper Awards are listed below. 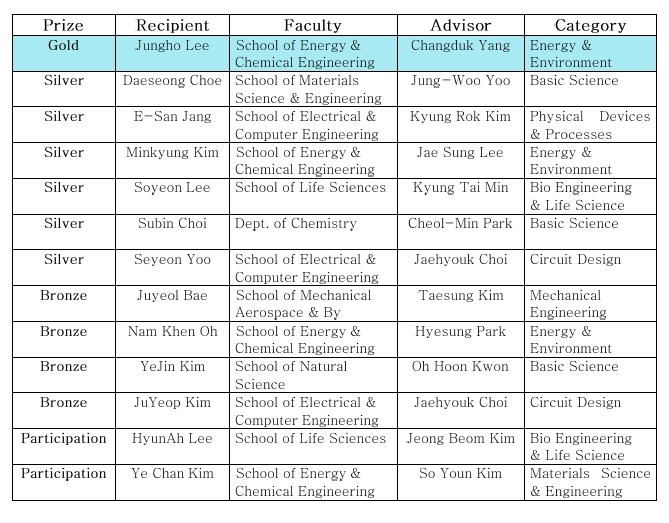